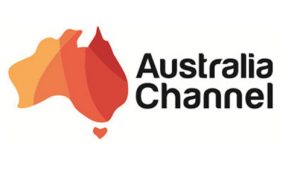 Hong Kong-based distributor and channel operator Lightning International is rolling out Australia Channel, a new Asian channel that will be programmed with content from the Australian Sky News.

The news operation is a joint venture between UK pay TV platform BSkyB and Australian commercial network Nine. The best of its news and sport content will be packaged for the new digital net.

The round-the-clock service will launch next month with Australian news, business and sport content, and be targeted at Australian ex-pats in Asia.

No carriage deals have yet been confirmed, but Lightning said it will position the channel as basic or pay depending on the territory.

The launch was announced at the Casbaa industry event, which is taking place in Hong Kong this week. Speaking at Casbaa, News Channel CEO, Angelos Frangopoulos said: “Our production centres across Australia are committed to produce high-quality news, business, weather and sports programming in real-time for our viewers to Australia Channel.”

James Ross, CEO, Lightning International added: Angelos and his experienced news and production teams have a vast experience of producing channels customised specifically for their audiences, as well as delivering timely content, in a fresh and exciting way.”

Ross is the former ITV and Bloomberg exec who launched Lightning in 2011.