Rich Ross has left Shine amid a restructure at the enlarged production and distribution group and joined Discovery Channel. 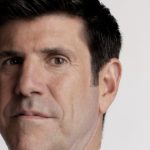 He will be president of Discovery Channel. Based in LA, Ross will oversee the running of Discovery’s flagship service with responsibility for strategy, production, marketing and the day-to-day running of the channel.

Ross will report to Discovery Communications CEO and president David Zaslav. The Discovery boss said: “On top of being just a great guy, Rich also is mission driven, with a commitment to quality, blue-chip programming and is a terrific fit with Discovery.”

Ross had run Shine America since 2013, with the production group making scripted series including The Bridge and Gracepoint and unscripted shows MasterChef and The Biggest Loser.

Cris Abrego and Charlie Corwin were announced yesterday as the joint bosses of the enlarged Shine-Endemol-Core operation in North America following the merger of the production and distribution giants.

“We’d like to thank Rich for his leadership of Shine America,” said Sophie Turner Laing, CEO of Shine Endeol Core, and the group’s recently appointed president, Tim Hincks, in a joint statement. “His creative talent has led the business through a period of tremendous commercial and creative growth, which has left an indelible mark on the Company. We wish him all the best in his future endeavours.”

Prior to Shine Ross was a long-time Disney exec, latterly running the studio.

Marjorie Kaplan has been interim president for the Discovery Channel since late last year when Eileen O’Neill was moved to global group president and will continue in that role until Ross’s arrival in January 2015.

After Ross’ arrival she will focus on her former role, group president of TLC and Animal Planet. She will also add the Velocity channel to her portfolio.

Zaslav said: “I am so appreciative of [Kaplan] jumping in during this interim period and to now have her back full time providing steadiness and creative leadership to TLC, Animal Planet and her entire portfolio.”