It has recruited Ashley Blaker (left) as head of comedy and Kevin Mundye (below right) as head of UK formats & global consultant.

Blaker’s recent credits include the upcoming Matt Lucas (Little Britain) series Pompidou and The Matt Lucas Awards while at Lucas’ prodco John Stanley Productions. He has also been head of development at chat show host Graham Norton’s prodco So Television.

He said: “Keshet already has a slate of very funny shows which hold a lot of promise for the UK. I look forward to developing these for local audiences and adding to them with some home-grown comedy too.” 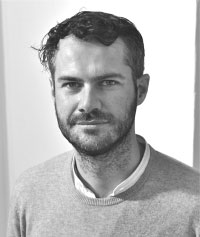 Mundye was most recently at Shine as an exec producer within its formats division working on shows including as Biggest Loser, One Born Every Minute and Got to Dance.

Both will work across Keshet’s existing slate and work with Keshet Media Group’s vice president, content, Ran Telem, on new shows for the UK market.

Sammy Nourmand, COO of Keshet UK said “We are committed to building our UK operation and will be looking to further “beef up” our Creative team in the UK over the coming months.”