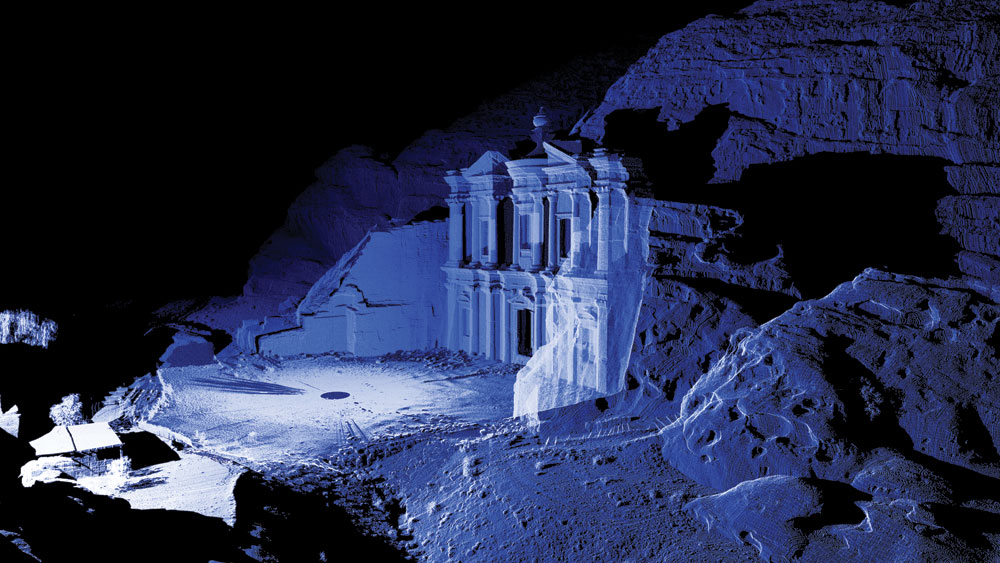 In July, UK producer Atlantic and its visual effects studio Zoo set up Alchemy VR, a virtual reality studio, which will make immersive content for platforms, including the Oculus Rift and Sony Morpheus virtual reality systems. The launch puts Atlantic and its subsidiary in the vanguard of a new type of content creation, but Atlantic and Alchemy boss Anthony Geffen says his interest in VR stretches back to the late 1990s.

“I was fascinated by what [Sun Microsystems engineer and VR pioneer] Michael Deering was doing out of California,” he says. “Back then the tech was unreliable and expensive, but I thought it could be great if it could be produced in a commercial way. We have 3D and graphics teams, and through them looked at the new technology and thought we were in a good position to develop VR content.”

Back in the 1990s a wave of VR start-ups with names such as VPL, Sense8 and Fake Space Labs came and went as the media industry and consumers became fascinated with another emerging platform, the internet.

“VR production turns a lot of traditional skills on their head… You can’t just order a set of cameras, announce you’re making VR and get a film at the other end. It’s way more complex than, for example, 3D” Anthony Geffen, Alchemy VR

Phil Harper, creative director of Alchemy VR, says that headsets and accompanying software and hardware have now moved forward at such a pace that the VR story is different this time around. “We’ve been here twice or three times before, but look at the difference between [Oculus] development kit 1 and dev kit 2, and then think what you’ll be able to do in another 18 months,” he says. “The tech is here , there is enough processing power in a modern phone. All that is missing is really exciting content.”

There are some deep-pocketed backers making VR plays. In July, Facebook completed a US$2 billion acquisition of Oculus VR, which is behind the Oculus Rift system. In July, UK pay TV platform BSkyB invested in US-based virtual reality cinema start-up Jaunt for the second time. Google has a lo-fi (in appearance at least) VR option, Google Cardboard, powered by a free app.

UK pubcaster the BBC, meanwhile, has started to trial immersive video experiences in its first experiments with virtual reality technology. “We have started to test out its potential and, working with a small production team in London called Visualise, have done a few basic pilots,” BBC Future Media’s head of business development Cyrus Saihan said in June. “Imagine if you could watch a nature documentary and feel as if you could reach out and touch the animals, or feel as if you were on stage with a band during a music festival or on the pitch during a football match.”

The BBC exec admitted it is still “very early days” for this technology, but added: “Virtual reality has the potential to be the next generation platform.”

Geffen (left), however, cautions prodcos eyeing the VR space that the storytelling and production expertise they have honed in the TV world are not enough in the virtual world. “VR production turns a lot of traditional skills on their head. And without a technology backbone such as Zoo, it would be a struggle. You can’t just order a set of cameras, announce you’re making VR and get a film at the other end. It’s way more complex than, for example, 3D.”

Sony Computer Entertainment announced its Morpheus VR system in March and it is designed to work in conjunction with its PlayStation games console. The VR and gaming link is strong, but there is a crucial difference between the high-end, complex games at the upper end of the market and what we can expect from the VR content from Alchemy.

“People enjoy video games, but the barrier to entry can be high,” says Harper. “We want to avoid that in VR and create immersive experiences that a 10-, 30- or 80-year-old could enjoy and that have a beginning, middle and an end.”

The unanswered question is, however, what counts as exciting content in the VR space. Creators have to grapple with structuring a narrative or even whether it is possible to have one. “Does narrative work in VR? We decided yes,” says Harper. “If we didn’t think that, Alchemy VR wouldn’t exist.”

To achieve this, Zoo has a store of 2D and 3D graphics that it will employ in virtual reality worlds. Alchemy is looking at a handful of projects, including one fronted by Sir David Attenborough about the first creatures that inhabited the Cambrian period 550 million years ago and another set in the ancient world that uses some of the CGI content from Atlantic’s Timescanners series (pictured, top).

A new trend for immersive cinema experiences, such as those provided by the UK’s Secret Cinema, proves a desire among consumers to interact above and beyond the traditional linear viewing experience, but how to monetise VR production is a moot point.

“We’re still looking at the business model,” says Geffen. “It could follow something of an app model: an iTunes kind of experience via a place or site where people can download experiences. The research suggest people will pay for that. The other model is to work with a partner to show off the capabilities of a device – a purpose-built commission.”

“The tech is here , there is enough processing power in a modern phone. All that is missing is really exciting content,” Phil Harper, Alchemy VR

There are more potential partners coming to the VR market. South Korean consumer electronics giant Samsung joined the fray in September when it unveiled the Oculus-powered Gear VR, which will facilitate VR experiences via a wireless headset and Samsung Galaxy 4 Note phone. The £150 (US$245) wearable tech device, which will have a lower-res display and less advanced head tracking than the full Oculus equivalent that is expected to launch next year for about US$200, launches this year and underscores how mobiles could prove key to the uptake of the new generation of VR experiences.

“It will grow fast, unlike 3D,” says Geffen. “You are asking people to put on a headset, but the cost is not considerable. It won’t take over TV and film, but in three-to-six months you will see this new medium develop – it’s globally accessible, very personal and high-impact.”

Quality is vital to VR taking off in its latest form, he adds: “It is vital that it is good – we need to deliver top-end experiences that people will think are incredible and will make them think the platform is incredible.”