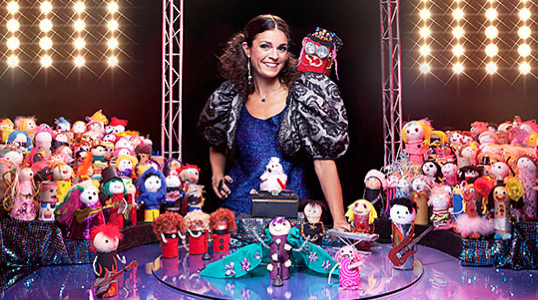 The commercial arm of Swedish pubcaster SVT is taking a format described locally as ‘The Voice with toilet rolls’ to Cannes for MIPJunior.

Minimello will be on the SVT International slate alongside warm-hearted drama Joy, adventure series Energina and game show format Labryinth.

According to SVT, Minimello brings together dolls made out of toilet roll and the regular singing competition studio format. To date, around 35,000 dolls have been sent into the show, with six million votes cast in the original Swedish show’s most recent season.

The 32x15mins in-house format has run on SVT since 2010. Anna Sommansson is producer and director.

Joy, meanwhile, is a drama about a young girl in a small Swedish community who realises revealing her desires to a wishing glass makes her problems go away. Altair Film produced the 8x13mins show for SVT.

Energina is about a girl with superpowers living in a city that lives under the threat of a mad scientist. The 10x13mins series comes from Patrik STHLM.

Labrinyth is a gameshow in which the show’s inventor challenges children to tackle his ‘cool retro-future maze world’ after travelling through a ‘secret teleporter’. An original SVT format, it has run for three seasons in Sweden and a fourth is upcoming.