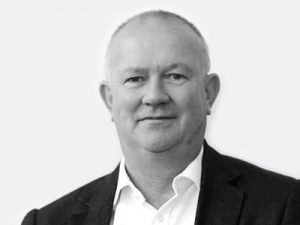 The firm, which Frank will lead as CEO, will look to build a group of established companies, start-ups and ‘early stage businesses with high growth potential”, primarily in the US and UK.

Investment will go into developing “multi-genre” content across platforms, integrating technology into content, and businesses whose goals align with Dial Square’s management team.

“Where traditional broadcasters and producers have been slow to react to this transformation, Dial Square 86 embraces the changes that global technology giants such as Google, Amazon and Netflix have brought about, understanding that exclusive, compelling content still remains vital to attract and maintain audiences,” said Frank.

“The TV content business has changed beyond all recognition, with online video broadcast transforming the viewing experience, and new creators on platforms like YouTube expanding the definition of entertainment content,” said Frank, who was the founding CEO of the merged RDF Media and Zodiak Entertainment.

He exited Zodiak last year and was replaced by Marc-Antoine d’Halluin.