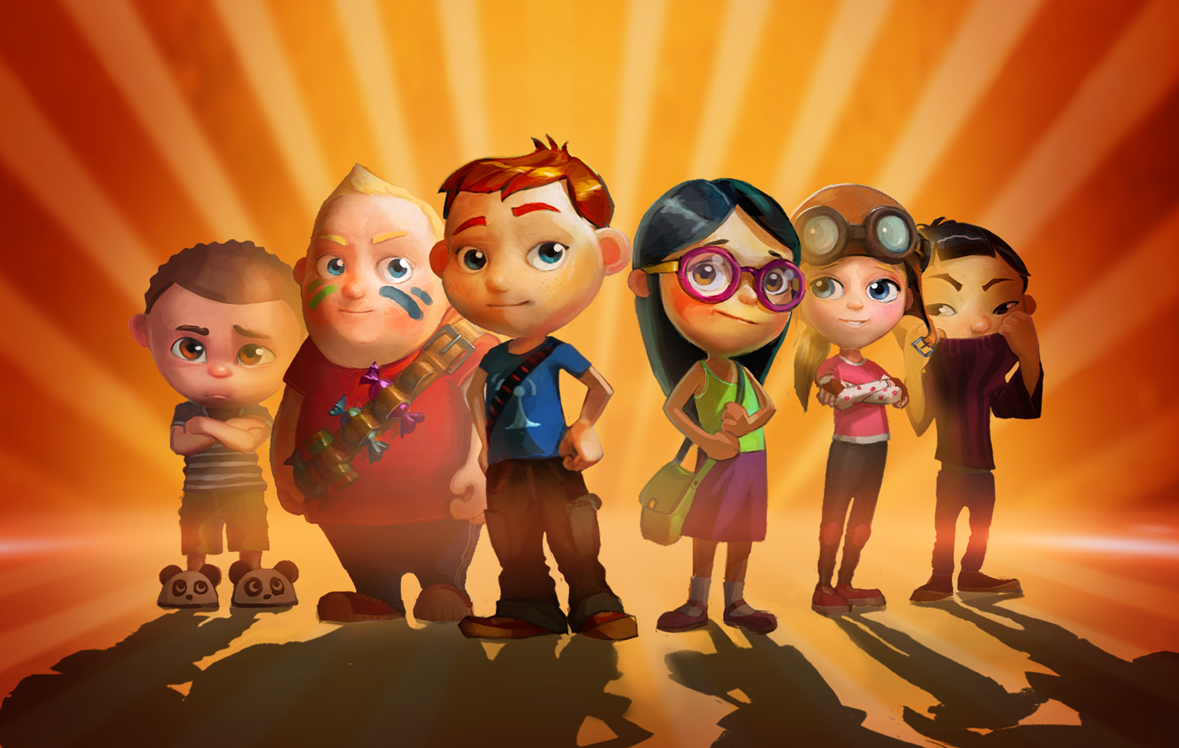 Scandinavia’s Ink Global is launching an animated project that it claims will be “one of the biggest TV shows in years”, and a comedy adventure described as “Home Alone meets Men in Black” at MIPJunior.

ZAFARI will follow the adventures of a little elephant with zebra stripes that lives in a magical world where animals have the skin of other species. Adventure comedy D6 (pictured), meanwhile, follows six suburban children that are the only line of defence against an alien invasion.

ZAFARI comes from David Dozoretz, an animator that has worked with George Lucas on the Star Wars prequel films and worked on movies such as Jurassic Park and Forrest Gump, while D6 is from Russian animation firm Moolt.

Ink says ZAFARI has a “multi-million euro budget” and that unnamed broadcasters have already signed up at pre-production stage, while D6 is 26x11mins and scheduled for release in summer 2015.

“There is a big buzz growing around this property – it has such an incredible pedigree through David Dozoretz, and no expense will be spared during the production process,” said show director Claus Tømming.

“ZAFARI, with its strong message of embracing our differences, is a story that needs to be told to the world. We believe this enhances the brand and makes it really stand out in a crowded market.

“The fact that broadcasters are already signing up in the pre-production phase shows its potential, and MIPJunior represents a huge opportunity for both broadcasters and licensees to link up with what will be a massive global property.”

D6 “combines funny and exciting scripts with sumptuous production values and, with strong female and male characters, is sure to appeal to both girls and boys”, added Tømming.

“It is also something very different from anything else in the genre – it is defiantly Russian in its imagery, combining a vision of the Soviet era with how the country is today, which is a striking contrast to the Americanised look and feel of so many animated adventures.”