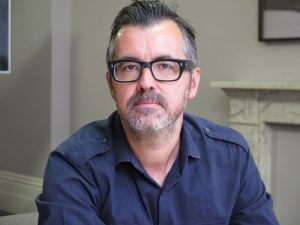 Recently-launched producer 7 Wonder has made its first hires, recruiting a factual boss from BSkyB and a head of development.

It has hired Chris Wilson as head of popular factual and Mish Mayer for the development role.

Wilson joins from UK pay TV platform Sky where he was commissioning editor for factual. Staring in that role in September 2012 his credits include Sky’s first fixed-rig series The Sun Set and Flintoff: Lord of The Fries, featuring the titular English cricketer.

He will take an ownership stake in the company as part of his package at 7 Wonder. Prior to Sky, he was a freelance producer.

He said: “After two years in commissioning, I can’t wait to get back to the sharp end of production and work alongside Alex, Liza and the rest of the 7 Wonder team to build a new slate of innovative, popular and high-quality factual programmes.”

Speaking about Wilson’s recruitement, Fraser said: “His appointment signals the next phase for 7 Wonder’s development, positioning us as a real contender not only in the highly competitive UK market, but also on the international stage.”

Mayer will oversee factual and fact-ent development, working on original ideas and the Seven team in Australia with the aim of adapting the broadcaster’s formats for the UK market.

Australia’s Seven is increasing its exposure to the international market. As well as 7 Wonder, it has teamed with Beyond International to form 7Beyond, which is developing content for the US market.