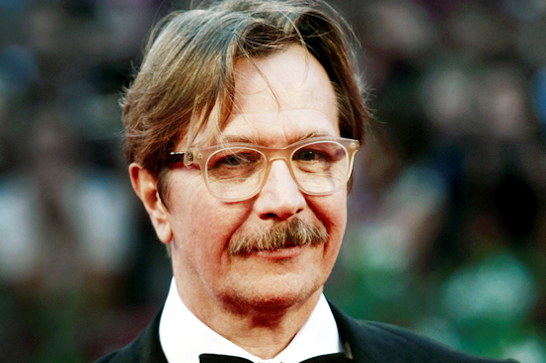 He will work on Dark Web, an original series from writer and producer Tony Krantz for US cable channel Spike TV about a tech genius that becomes rich after creating an illegal online market place that sells everything from drugs to guns.

Oldman and production partner Douglas Urbanski will produce through their Flying Studio Pictures imprint, working alongside Krantz’s Flame Ventures – which has a production pact with Viacom-owned Spike.

“In this supremely competitive environment, we are thrilled to be the network to partner with Tony Krantz and filmmakers like Gary and Doug to bring this story to our ever-growing audience,” said Sharon Levy, executive VP, original series, Spike TV.

“This project speaks to the network’s search for wholly distinctive and relevant ideas, ripped from today’s headlines, that reflects our brand’s development.”

The opportunity to work on a first class project with Tony, and the dedication Spike has brought to the entire enterprise is exactly what Doug and I have been seeking, and frankly, one we could not pass up,” said Oldman, who is currently in London filming.

Urbanski added Dark Web was “part of a long term strategy of spreading our creative wings into other platforms”. Flying Studio has primarily focused on feature films in the past.

The network will next year launch its first original scripted series in seven years, Tut; and is also developing The Crusaders from Pierce brosnan’s Irish DreamTime and Mark Sennet Entertainment; The Chairman, which is based on a Stephen Frey novel; and War at the Shore, which is based on Richard D. Skip Bronson’s book.

Hollywood film stars are increasingly keen on working on TV series, which are considered to allow them more creative freedom and often the opportunity to obtain more back-end rights.