Discovery is understood to be considering a move for the SBS free-to-air broadcast business in the Netherlands. 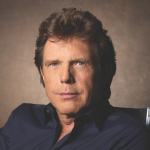 Reports surfaced in the Netherlands last week, suggesting that US-listed Discovery has contacted the SBS shareholders Sanoma and Talpa about a possible deal.

It is not clear whether, should an SBS deal move forward, Discovery would look to take Sanoma’s 66% as well as Talpa’s 33%, with de Mol considered a reluctant seller based on his comments in the local press. De Mol unsuccessfully moved for Sanoma’s stake in SBS last year.

SBS controls Utopia network SBS6, and the Net 5 and Veronica channels in the Netherlands.

It is understood any move for SBS by the US company is still at early stages, but is being considered.

The cable giant acquired the SBS Nordic operations from ProSiebenSat.1 in late 2012 for US$1.7 billion, giving it a significant free-TV footprint Norway, Sweden, Denmark and Finland.

The Dutch and Belgian SBS channels had already been separated from the Nordic operations with Sanoma-led consortium buying the channels from ProSiebenSat.1 in a €1.2 billion (US$1.55 billion) deal in 2011.

Discovery said it does not comment on market rumours.