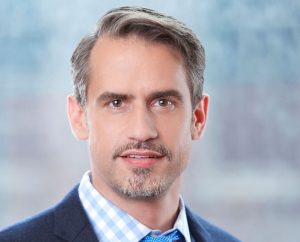 Channel operator Scripps Networks International has created a new distribution division, which will make its market debut at MIPCOM with a 1,200 hour slate.

Scripp’s veteran Hud Woodle will run the new unit as vice president, international program licensing and distribution. Based in New York, he will report to company CFO Simone Nardi.

He added: “As the global media leader in home, food and travel, Scripps Networks offers premium aspirational content that resonates with a global audience.”

Woodle will manage all aspects of the company’s program sales and content distribution activities, working with regional managing directors in London, Singapore and São Paulo. The moniker for the new unit will be Scripps Networks International Program Sales and Distribution.

Woodle will also oversee program delivery operations for the company’s international channels. Scripps said it is currently in the process of building his program sales team with members based in New York, London, Singapore and Sydney being recruited.

Passion Distribution has been selling Scripps content and will continue to partner with Scripps Networks over the next six months as that deal is phased out. While it remains in place, Passion will launch a new slate of new original content from Scripps as part of its MIPCOM slate.

Woodle joined Scripps Networks International eight years ago as Director of Program Sales where he was responsible for program sales in Asia and Latin America. In 2009, Woodle successfully launched Food Network in Asia and secured channel distribution across key platforms in Southeast Asia.  He went on to become the general manager of Food Network in Asia, overseeing network operations and successfully negotiating affiliate agreements in the region.