BSkyB has acquired its second indie stake, this time investing in a transatlantic indie prodco launched this year by former Zodiak and Talpa Media bosses. 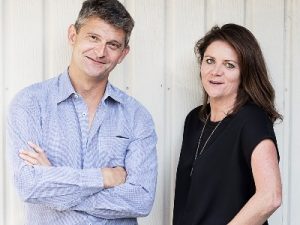 Sky has taken an equity stake in Znak&Jones Productions, securing international distribution rights for sales arm Sky Vision in the process. Financial terms of the deal were not disclosed.

Under terms of the pact with UK satcaster Sky, Znak&Jones will continue as a standalone company producing for UK and US channels. Sky Vision will handle international sales of all finished programming going forwards.

Znak is best known as Zodiak USA (Celebrity Wife Swap, Secret Millionaire) boss, a role she took after the exit of Grant Mansfield, who himself has launched an indie in the past 12 months, Plimsoll Productions. She was also controller, factual entertainment for ITV Studios in London.

Jones, meanwhile, established Netherlands-based Talpa’s US office, and managed production operations on formats such as NBC’s The Winner Is… and The Voice. He was also ran the US division of Simon Cowell/Sony Music joint venture Syco, and worked at FremantleMedia.

Znak&Jones has already secured a major pilot deal with ITV for classic format Name That Tune, as TBI revealed in June, and has projects in the works at AMC and CMT in the US and digital platform Xbox.

For Sky Vision, the deal hands it exclusive distribution rights to another UK or US indie. It already has agreements in place with US-based Ugly Brother Studios, back2back productions and Roughcut TV in the UK, and sells Love Production programming after Sky took a 70% stake in the Great British Bake Off producer.

“This deal is one of the ways we are building a strong, international content business.  Znak&Jones is an exciting new business with great potential,” said Sky Vision’s managing director Jane Millichip.

“Natalka and Simon are among the best in the business with a fantastic pedigree of creating primetime hits with global appeal. I know they are working on lots of amazing ideas and we are excited about helping them to bring their programmes to audiences around the world.”

“The partnership is ideal in that we remain an independent, boutique operation able to best serve our respective broadcaster client needs and, at the same time, have a highly motivated international partner with a global distribution infrastructure necessary to drive a hit show,” added Znak and Jones in a statement.