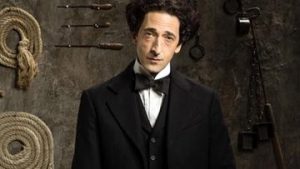 The British network will launch the show this month buoyed by its debut last night on History in the US. Its debut took 3.7 million viewers, making it the biggest-rating cable miniseries premiere this year, according to Nielsen data.

Channel 4 bought show from Lionsgate, which has international distribution rights and is a coproducer.

“Houdini is the kind of premium programming that epitomizes the Lionsgate TV slate,” said Lionsgate’s managing director, international Peter Iacono. “We believe that Channel 4 is the perfect home for this television event, and we expect it to resonate with audiences in the UK.”

Last night’s strong ratings on History mean Houdini is the A+E-owned network’s third biggest scripted premiere ever, according to Adobe Analytics, trailing only The Bible and Hatfields & McCoys.