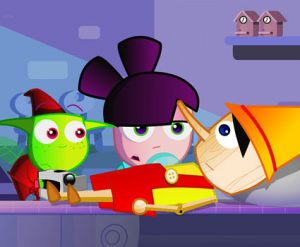 Madrid-based producer and distributor Imira Entertainment has struck a content deal with Samsung. The TV manufacturer will carry the ImiraPlay app on its connected sets.

The series can be watched in Spanish or English.

Five episodes of each series can be accessed via ImiraPlay for free before a subscription kicks in. It is priced at €2.39 (US$3.13) for one month, €3.99 for three months and €6.99 for six months and can be paid via SMS or a QR code that is sent to customers.

He added: “Our original programming continues to be successful with audiences globally, and we are excited to be partnering with Samsung to expand the reach of these multi-language properties even further.”