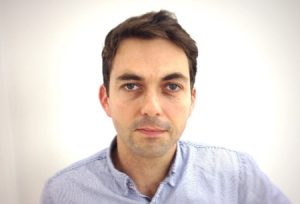 Group creative director Andrew MacKenzie (pictured) has been named chief creative officer at the UK production and distribution outfit, with David Clews in turn promoted to replace him.

Businessman Richard Thompson has been named as the company’s new chariman.

Shireen Abbott has been handed an additional role as group director of productions, while Anthony Hughes becomes chief financial officer and Matt Pritchard has taken on the post of group development director. Jonny Coller also becomes head of development.

As part of these changes, Twofour is launching Twofour Wales, which will operate with a new executive team reporting into Dan Adamson, who becomes group director of programmes.

This comes as after Twofour merged with Boom Pictures last year, and also after the firm hived off its digital arm as a standalone brand in July.

“We’re aiming to build a world class family of labels that each deliver the most admired, award winning content,” said MacKenzie.

Former BBC One controller Lorraine Heggessey left her role as Boom’s executive director suddenly in June saying only the matter was in the hands on her lawyers.