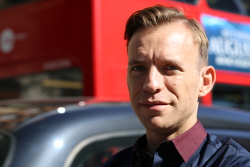 They will be “reapportioned” to the London Live’s news and current affairs team, which is planning to create new positions in coming months.

London Live, which is part of Conservative government politician Jeremy Hunt’s local TV initiative, said a decision to boost news programming would have a “knock-on reduction” to original entertainment commissions and acquired programmes. This would align it closer with sister newspaper the London Evening Standard, it added.

This comes after ESTV, which provides London Live programming, called for media regulator Ofcom to reduce to number of local content the channel must air during peak hours.

London Live’s original commissions include Food Junkies, F2 and Drag Queens of London, though the channel has struggled with small viewing figures since launch in March.

“I am extraordinarily proud of what Jonathan Boseley and his team have achieved, in record time, and delivered on previously unheard-of tariffs, but I am also excited to take the station in a new editorial direction this autumn that will capitalise on ESI Media’s unique attributes to take the channel from strength to strength into its next season and beyond,” said London Live COO Tim Kirkman.