MIPCOM has become the must-attend TV event of the year with the US studios, major distribution groups and medium and small-sized content companies all out in force.

In recent years, market organisers have attempted to lure a greater number of producers to town and to give the TV market some of the allure of its larger film counterpart with red carpet premieres and a raft of talent.

The celebrity names in attendance – Simon Cowll aside – are not yet confirmed as they come at the behest of the distributors who are still putting together their slates, but the conference and speaker line-up is taking shape. TBI spoke to Laurine Garaude, director Reed Midem’s TV Division , about this year’s offering. 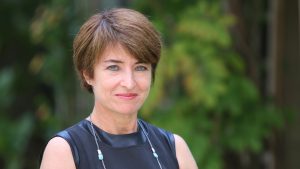 Garaude (pictured) and her conference team, headed by Lucy Smith, have added two new conference strands to the MIPCOM line-up in October.

The first is designed specifically to lure channel operators and their clients.The Global Distribution Day will run on the Monday of this year’s MIPCOM market, wrapping in time for Twenty First Century Fox COO James Murdoch’s (below) keynote at the end of the first day of the event in Cannes.

Events such as Cable Congress, Anga and IBC are partly geared towards channel and platform operators, who have also traditionally been in Cannes in force for MIPCOM, although not always officially as part of the event. The channels day is seen as a way to bring them ‘into the Palais’ as well as better inform content companies about developments in the channels world.

The full line-up of speakers has yet to be confirmed, but Reed Midem told TBI that French pay TV operator Orange, German telco and IPTV operator Deutsche Telekom, Russian cabler MTS and OTT service operator Magine will all feature.

The day-long conference strand will open with a scene-setting overview and be followed by sessions about what platforms want from content companies, how cable and OTT platforms can co-exist and a special focus on channels and platforms in Asia.

There will also be a global channel distribution lunch to provide channels, producers and distributors to forge contacts and network.

Reed has also created a ‘Film Commissions’ day, which will run all day on the Tuesday of the market.

The new series of sessions is designed to highlight how the TV and film worlds are increasingly working in tandem. It will cover fundraising and overviews of the UK and US markets as well as country-specific sessions Germany, Lithuania and Italy.

There will also be region-specific slots given over to Latin America, the Middle East and to Asian film in Europe. A ‘Film Commissions’ networking lunch will take place 12.30-2pm. The full speaker line-up has yet to be confirmed.

A separate panel on the Film & TV Crossroad will take place on the opening day of the market, Monday, October 13. Lionsgate’s TV boss Kevin Beggs, Katie O’Connell and Christophe Riandee from Gaumont, and Edouard de Vesinne from Europacorp are all confirmed as speakers.

The aforementioned Simon Cowell (left) is, meanwhile, the main attraction as the 2014 personality of the year. Cowell’s Syco makes series including The X Factor and Got Talent. He will give an on-stage interview at MIPCOM on October 13, the first day of the market, before receiving the personality of the year award at a gala dinner on the Wednesday.

Production and distribution bosses from US network CBS will also deliver a joint keynote at this year’s MIPCOM. David Stapf, president of CBS Television Studios, and Armando Nuñez, president and CEO of CBS Global Distribution Group, will deliver a ‘Media Mastermind’ keynote on the Tuesday of the market in Cannes..

The pair will address the given theme for this year’s MIPCOM ‘the global quest for original content’ and specifically the rise of event series, digital distribution and CBS’s year-round commissioning, which has seen Under the Dome and Extant hit CBS’s summer schedules.

Sony Pictures Television’s boss Steve Mosko will also give a Media Mastermind keynote as Sony puts TV at the centre of its content plans. 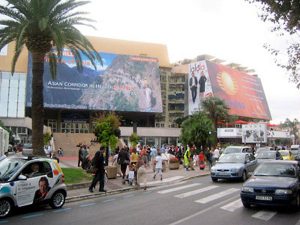 Zhang is CEO and chairman of the China-based and Nasdaq-listed Sohu, and will give a ‘Media Mastermind’ keynote.Sohu has been increasingly working with international content companies, licensing drama and factual shows from BBC Worldwide and ITV Studiosamong others.

It has also licensed the US Rising Star talent show, and with the acquisition of The Ellen DeGeneres Show from Warner Bros., became the the first Chinese video platform to pick up aUS-produced talk show.

Zhang will speak to MIPCOM delegates at 5.20pm on the second day of the market in Cannes (Tuesday, October 14).

Jill Wilfert, vice president, global licensing and entertainment, at Lego has been confirmed as a Media Mastermind keynote speaker. She will also speak on the Tuesday, telling delegates how the toy bricks brand has expanded into the content world.

For MIPJunior, Reed Midem is introducing a premiere screening for kids shows for the first time, with the new Thunderbirds Are Go! series the first to get the red carpet treatment.

“We did it for buyers and also as a way to create anticipation around a show beyond the market and reach consumers and create a buzz around content before it comes out,” says Garaude. 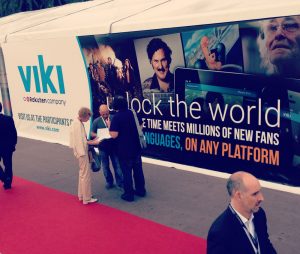 The screening will be the first time the new Thunderbirds (pictured) has been shown to a wide industry audience. The 26x30mins CGI and live-action show is produced by ITV Studios and Pukeko Pictures and distributed by the former, which has already presold it to Australia’s Nine Network.

ITV is expected to bing talent from the kids series to the premiere. Rosamund Pike is voicing Lady Penelope, Game of Thrones‘ Thomas Brodie-Sangster voicing John Tracy and, from the original series, David Graham is reprising his role as Parker the chauffeur.

Garaude says the premiere screening will become a regular event at MIPJunior, which runs 11-12 October, directly ahead of MIPCOM. TheThunderbirds are Go! screening will take place on Saturday the 11th.

MIPJunior will relocate to the Palm Beach this year.