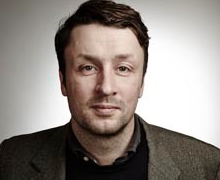 De Graaff (pictured) left ITV Studios earlier this year in the wake of a restructure.

BBC Worldwide now organises its business along regional lines instead of separating it into channels, programme sales and other activities. De Graaf’s role see him in charge of all of the commercial arm of the UK public broadcaster’s activities in Western Europe.

As executive VP at BBC Worldwide he will oversee all TV and digital sales, channels, production and format sales, licensing, publishing and live events.

At Worldwide he replaces David Weiland, who relocated to Singapore earlier this year when he was appointed executive VP, Asia, for BBC Worldwide.

Based in London, Tobi de Graaff will report to Paul Dempsey, president of global markets. He starts in his new role on August 18.

Dempsey said: “BBC Worldwide has been enjoying strong revenue and profit growth in Western Europe and with Tobi joining the team I am confident that we can scale even greater heights. We have big ambitions for this region and I am delighted we have found a leader of Tobi’s calibre to lead the next phase of growth.”

De Graff added: “BBC Worldwide is a world class organisation and I’m hugely excited to be part of this company.  Working across a wide range of businesses such as Channels, TV Sales and Production is a challenge that I’m really looking forward to.”