BBC Worldwide’s overall revenue was down in 2013/2014, although headline profit inched up. 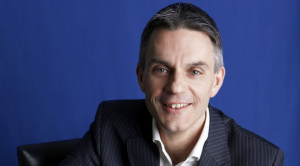 mmercial arm of the UK public broadcaster published its annual report this morning, which revealed that by region, revenue and headline profit were down in the UK, US and Australasia, with increased sales in other parts of western Europe and the rest of the world picking up some of the slack.

This year’s annual report was the first that recorded full-year figures for its restructured organisation, which now sees it break businesses along regional lines with all distribution, programme sales, digital and other business areas reported by region.

The UK was the single largest earner generating £362.2 million (US$618.6 million) in revenue, a drop from the £380.3 million the same Worldwide businesses reported last year in the territory. Profit fell from £57.9 million to £55.2 million.

North America was the second biggest region, generating revenue of £342.5 million, compared with £361.2 million a year earlier, and profit of £50.7 million versus £53.5 million across the same period a year before. Revenue also dipped sharply in Australasia, to £76 million from £132.7 million as profit slid to £12.4 million from £17.8 million.

However, western Europe revenue was up to £156.2 million from £142.9 million, and the rest of the world generated £122.9 million compared with £108.9 million a year earlier. Headline profit also increased in both areas.

CFO Andrew Bott said the performance was “robust” in the face adverse currency movements and the introduction of the new production tax credit for high-end drama, which has the effect of reducing the license fee recouped by Worldwide. It accounted for a £4.8 million reduction in the headline profit number. Currency movement accounted for a further £17.1 million profit reduction.

Company CEO Tim Davie (pictured) said the revenue dip was caused by new commercial arrangements for BBC.com, which sees Worldwide generate less cash, and the disposal of the Lonely Planet brand. He noted strong digital and advertising growth that helped offset smaller carriage fees in the US and UK and a declining DVD market and said it was a year of “strong operational performance” for Worldwide.

Looking to the year ahead, Davie said: “We will seek to maximise our total business – helped by being independent of any one platform or pay mechanism – while building our BBC brands and consumer connections for the future.

“This year will see us step up investment in BBC.com, commence the roll out of three new global genre brands, and launch BBC Store.”

Worldwide said it had it extended its investment in third-party content through the year, paying £116.4 million to independents compared with £90.9 million in the previous year. It now reps content from 250 indies, and the number continues to grow with deals with UK start-ups Cosmopolitan Films and King Bert announced.

Hit detective drama Sherlock was Worldwide’s standout success in terms of distribution in 2013/14, being sold to 224 countries.

BBC director general Tony Hall said: “Put simply, this equates to 10.1% of the year’s funding for BBC Television, enabling us to air more ambitious and wide-ranging programmes to our UK audiences than we otherwise could.

“BBC Worldwide’s contribution was essential to the delivery of numerous outstanding programmes last year to UK audiences. This was particularly true in high-end drama and factual, with titles including Top of the Lake and Sherlock and natural history landmark Hidden Kingdoms.”