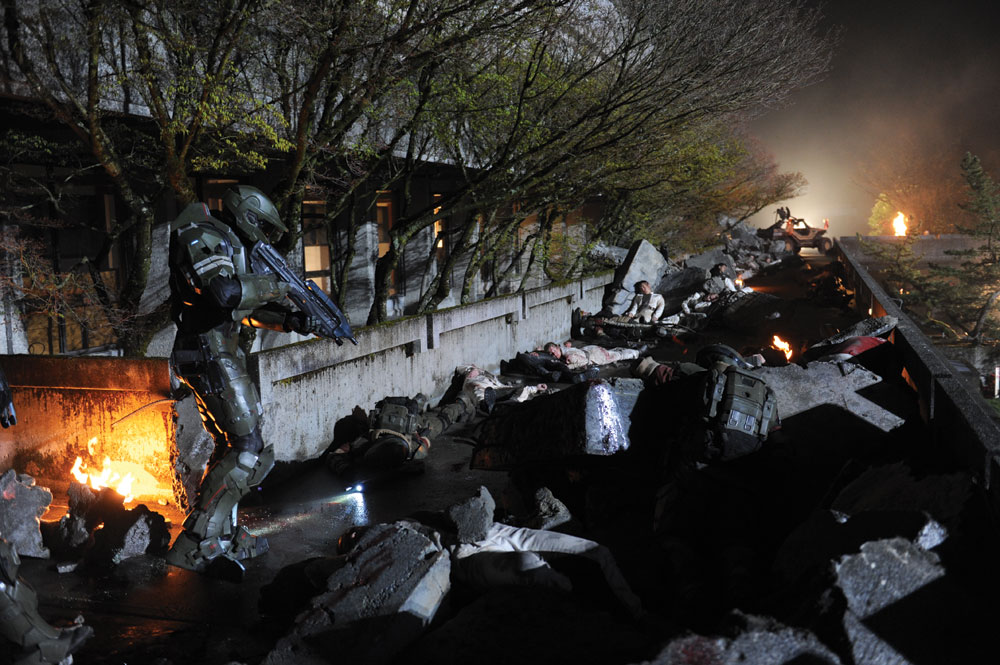 Microsoft’s original video division Xbox Entertainment Studios is to close as part of an 18,000-job cull at the technology firm – but boss Nancy Tellem is set to remain in her role.

Former CBS entertainment chief Tellem, who runs XES as president, and executive VP Jordan Levin will “stay on and remain committed to original programming already in production”, according to Xbox box Phil Spencer in an internal email seen by tech blog Engadget.

“As part of the planned reduction to our overall workforce announced today and in light of our organisation’s mission, we plan to streamline a handful of portfolio and engineering development efforts across Xbox,” he said. “One such plan is that, in the coming months, we expect to close Xbox Entertainment Studios.”

Spencer added XES would continue to work on the upcoming Halo: Nightfall series and coproduce another Halo series with 343 Industries, Halo 4: Forward Unto Dawn (pictured); and on Signal to Noise, a documentary about the 1983 burial of Atari games systems.

However, there was no word on whether it remained committed to Channel 4 sci-fi coproduction Humans, or if it would move forward on Winterworld, a live-action series based on the Chuck Dixon and artist Jorge Zaffino comic book series.

The division was launched in 2012 to create original content that would set the Xbox games console apart from rivals as an entertainment platform.

Most of the wider job cuts at Microsoft will come from Nokia Devices and Services, which Microsoft acquired last year for almost US$7.2 billion.

Microsoft CEO Satya Nadella informed staff of the cuts in an internal email. “The first step to building the right organisation for our ambitions is to realign our workforce. With this in mind, we will begin to reduce the size of our overall workforce by up to 18,000 jobs in the next year,” he wrote.