Every year, brave indie producers stand before the great and the good of European animation commissioning to pitch their latest wares at the Cartoon Forum. Ahead of the event in September, Jesse Whittock looks at the projects heading for Toulouse, starting with toon powerhouses France and the UK.

This year’s Cartoon Forum selection proves that Europe remains a powerful creative force in the kids business, and its influence is, in fact, growing. A record number of projects will pitched at the event – 81 – following a 50% year-on-year spike in submissions. In fact, 89 are listed as set for the Forum, and TBI understands organiser CARTOON is planning something new for the extra pitches. Ahead of the event, TBI has spoken with producers from various nations heading to France in September, and here presents the first part of a region-by-region guide to what you can expect.

As per usual, France will provide the highest number of projects at the Forum, thanks both to geography and the country’s various toon funding systems. French producers are leading development on 28 projects, only one of which has an international coproduction partner attached (Switzerland’s Nasady Film for Operation Christmas). A large number come attached with cross-media potential (e.g. De Zert Island, Petit Malabar and The Tiniest Man in the World), while very few are not aimed at the 4-5, 6-8 or 9-11 markets. (Young adult-targeted shows include Bitmuch [below], Metronomik and Pigeons and Dragons.) Cartoon Forum usual suspects such as Dandelooo, Xilam Animation and Les Armateurs all have new projects, while those less familiar to buyers may include Very Very Smart Animation, Everybody on Deck and Moving Puppet. 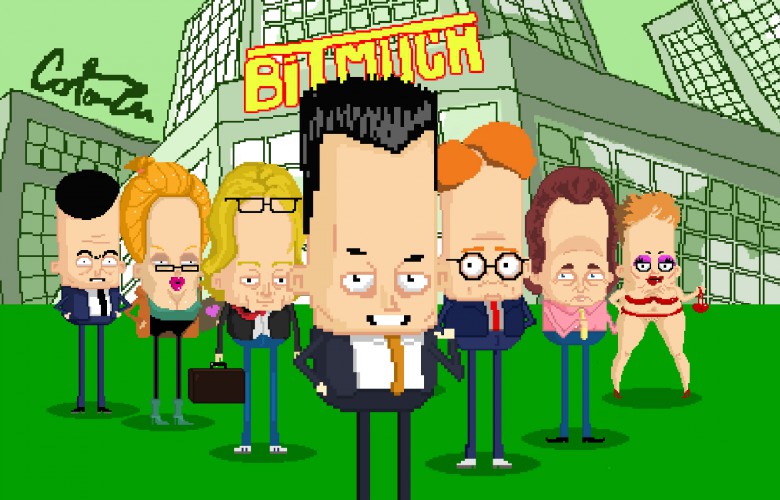 Bitmuch is a 2D 26x4mins young adult-skewed series about Bitmuch International, a multinational company that sells everything with a CEO that has the aim to make “the largest profit in the history of capitalism”.

How did you develop the concept?
We developed the concept about two years ago with Sébastien Buffi and Thomas Vuillier.  Thomas is the king of video games and Sébastien is just nuts, so it was the perfect mix. Then we wrote scripts in association with [French writer] Beaumarchais. After that, with the help of the CNC and the SACD, we made a four-minute pilot.

Who is sponsoring the project at Cartoon Forum?
We are looking for a broadcaster, which is why we are pitching at the Cartoon Forum.  For the moment we have Yummy Films Distribution on board, which is supporting us.

What makes the project unique?
I don’t think there is a single “unique” project. Each our of projects has been, in some way, influenced by previous efforts.  The roots of our project are a mix between Southpark, Aqua Teen Hunger Force, American adult animation, video games, a lot of TV shows and a media brain wash.  In some ways, behind its comic and crazy style, Bitmuch is a cynical overview of what is our modern western world.

Are you looking for coproduction partners?
Yes of course, we’d like to develop the project with other animation partners. This kind of teen/adult animated series is quite difficult to broadcast in Europe, which is more used to animation for children. So the more we are, the better it is.

Twenty-fourteen is likely to be the first year Cartoon Forum attendees notice the effects of the UK animation tax credit kicking in, though some industry figures claim the market is in a state of “long-term decline”. Of the ten projects British producers are taking to Toulouse, none have international partners at this stage. All minus one (Plenitude Productions’ Binbag) are for young children and preschoolers. Look out for new projects from Oli Hyatt’s Blue-Zoo Animation (Planets: The Greatest Show in the Universe, below), The Illuminated Film Company (Story Story) and Absolutely Cuckoo (Eat Your Greens). 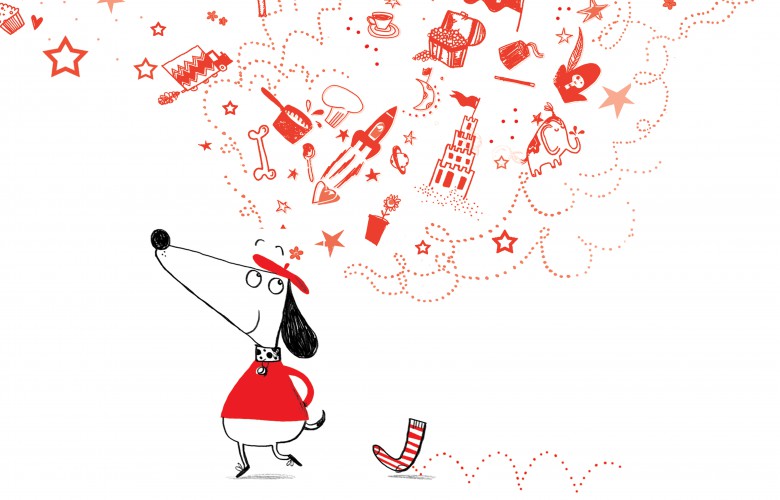 Claude is a 52x11mins preschool cross-media series about a small chubby dog, who along with his best friends, has adventures while wearing his favourite beret. Creator Alex T. Smith says it is influenced by classic UK comedies such as ‘Allo, ‘Allo and Morecambe and Wise.

How did you develop the concept?
We instantly fell in love with Alex’s hugely successful book series and jumped at the chance to develop them into a TV series. Claude is a small plump dog who lives with Mr and Mrs Shinyshoes and his best pal in the whole world – Sir Bobblysock. When developing the show we wanted to stay true to the distinctive style of the books as we feel that it’s very much part of what makes Claude so special. We have created a lovely bible, trailer and sample script, and have brought on writer Davey Moore to adapt the books for TV.

Which broadcasters are sponsoring the project at Cartoon Forum?
NRK, SVT and Hop all gave letters of support for Claude.

What makes the project unique?
Claude is a show which gets right back to the importance of the story –charming stories of adventure, misfortune and comedy. The daring and distinctive style, inspired by newsprint and a focus on graphic art fits with the overall tone of the show, in writing, music and direction. This is very much part of what makes Claude the show stand out from other animated series.

Are you looking for a coproduction partner?
Not right now. Similar to our current show, Lily’s Driftwood Bay, we are looking to produce Claude ourselves. 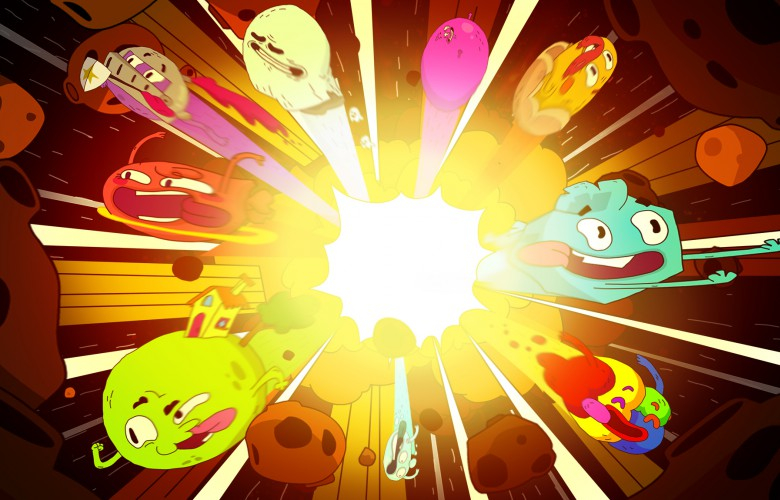 Planets… is a 2D 52x11mins series for 6-8s about a group of oddball planets created during the Big Bang at the beginning of time. Episodes will show how they deal with the inevitable problems of being so completely ridiculous.

How did you develop the concept?
The concept was developed via a new pitching initiative at Blue-Zoo. As well as developing three shorts a year in-house we are also taking pitches from members of our staff who have ideas, the best of those ideas we then nurture in to fully fledged concepts. Planets is the first of these. It was born out of three employees who collectively call themselves Mish Mash. The concept is loosely based around strange planets, with very peculiar needs, who in reality are just huge expressive faces that the animators wanted to imbibe with as much ‘funny’ as possible.

Which broadcaster is sponsoring the project at Cartoon Forum?
We accidentally ended up with two sponsors, Nick UK and Turner.

What makes the project unique?
It is unexpectedly character-focused comedy that really makes it stand out from the crowd. It’s a unique world, inhabited by laugh-out-load characters, rammed full of catchphrases and filled with energetic cartooning fun. Who wouldn’t want to meet Cactus Planet and witness the unfortunate results of him falling in love with Nervous Bubble Planet? Another thing I would add is we are developing a new technique to produce the show in, a type of flash/CG hybrid animation interface, which should produce some interesting visual results.

Are you looking for coproduction partners?
All options are open at the moment but quality is key!