A new rating system is being introduced in the Netherlands to measure viewing of TV and video content on online platforms. 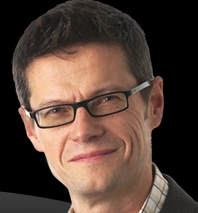 Stichting KijkOnderzoek (SKO), the industry body responsible for the reporting and monitoring of viewing behaviour in the Netherlands, has awarded the online ratings contract to Kantar Media and TNS NIPO and the first results will come out in September 2015.

Bas de Vos, director at SKO said: “The combined panel and census data will enable us to report accurate, transparent ratings on the viewing habits of the Dutch population for TV and internet-only content.  Our final step will be the integration of television and online ratings into one overall rating: the VideoTotal which we expect to release in late 2015.”

Kantar has been adding its online viewing VirtualMeter to the regular PeopleMeter ratings system and said this hybrid approach will become increasingly common.

Richard Asquith, Global CEO at Kantar Media Audiences said: “We are convinced that hybrid systems, which integrate data from several complementary sources, are the future for TV audience measurement.”