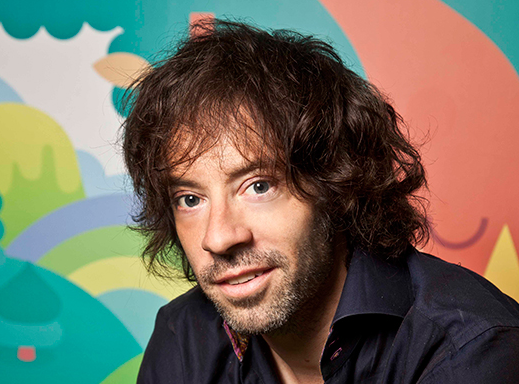 Michael Acton Smith, the energetic founder of Moshi Monsters company Mind Candy, his stepping down as CEO of the firm he founded a decade to focus on the creative side of the business.

Acton Smith has been at the helm of the business for more than 10 years, but is handing over day-to-day operational control to Divinia Knowles (right), who is currently CFO and COO. He remains creative director.

She will become president as the search for a new CEO from an “entertainment, media and traditional big business” background is made.

This executive will lead an “extraordinary journey we hope we have ahead of us as the company scales and grows, and we become this next generation family entertainment company that we have the promise for”, said Acton Smith.

This will allow him to move into a “more creative role”, he said in an unusual announcement made on video website YouTube.” He will seek to develop a new batch of characters and stories, and current properties Moshi Monsters, the kids social world that is being turned into a 52x11mins TV series, the upcoming World of Warriors, and creative community PopJam.

Mind Candy has grown into one of the biggest kids entertainment companies in the world, with around 80 million registered Moshi Monsters users, and a strong L&M business.

Acton Smith is known as one of UK kids entertainment’s most colourful characters, and last week gave a keynote at the Children’s Media Conference in Sheffield. He described relaying today’s news via YouTube as “unusual”, but added: “But we are an unusual company.”