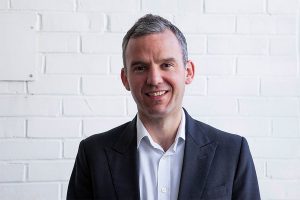 It is just over a year ago that Twitter launched its Amplify initiative for content owners and brands. But while all the major US TV networks have now signed up and major European broadcasters are now following suit, awareness and understanding across the industry is still limited.

So how does it work and what are the commercial opportunities that it presents to content owners?

One of the challenges when distributing (and consuming) video on Twitter is that many consumers have ‘fast’ feeds. Twitter Amplify makes it possible to ‘pin’ the video tweet to the visible part of the feed so the user is more likely to see it and engage with it. Moreover, if a broadcaster sends a tweet from its own Twitter account, it targets only the people that are following that account. However, when a sponsor runs a paid campaign with Twitter Amplify, it can target anyone tweeting about that topic or content at that time, or any other user who may be interested in the content.

Therefore, broadcasters can ensure their video tweets are seen and use paid media distribution (Twitter Amplify) to extend this reach to a much wider and relevant demographic. Indeed, this audience can be many times the size of their existing (organic) reach, potentially the entire audience of Twitter. Furthermore, paid media Amplify campaigns encourage extended viral distribution. This is because Twitter users that do not follow the broadcaster or rights holder directly will discover these new video tweets in their feed and share them to their own followers, driving a second wave of viral distribution and greater earned media value for the broadcaster and brand.

By enabling broadcasters to have this extended social reach paid for by a brand sponsor, one that wants to align itself with the premium content and push its campaign message across social platforms, Twitter Amplify represents a highly compelling ad-funded distribution model for content. Broadcasters can also use real-time video to promote new shows to their audience. It can also be used to drive interactivity such as voting, betting and payments and, for pay TV customers, selling additional packages, upgrades and content services.

This process closes the virtuous circle for social video distribution: from sharing short-form, live video clips which generates huge levels of engagement across social platforms to driving tune-in, digital content sales, upgrades and entitlements to new OTT services for the broadcaster or rights holder. As such, it will be a key part of the future business models for TV distribution and consumption.

Twitter Amplify has already had a significant impact in the US market, which serves as a bellwether to the global TV industry. The NFL took control of its real-time video assets and struck lucrative sponsorship deals for clips of live content in one of the first and most significant Twitter Amplify deals in 2013. Real-time video in the US has also shifted from teasers and trailers, the staple of YouTube channels built by the major networks, to premium broadcast content that used to be locked behind a paywall.

This is indicative of content owners recognising that this new video format drives both incremental revenues and core KPIs. With Twitter now supporting one-tap video playback across its mobile apps – effectively offering the same display format as Vine to Twitter Amplify partners – it will not only enhance the experience of watching TV clips for Twitter’s users but will also ensure a higher level of social engagement, distribution and monetisation for rights holders.

Twitter Amplify presents intriguing opportunities and is creating an entirely new market around the new short-form live video format. The impact from a rights perspective will be particularly interesting, as rights holders may look to carve out real-time video as a separate package to maximise its commercial and distribution value in the future. The mobile internet has scant regard for geographic boundaries and mobile offers rights holders a potential audience of billions, not millions. All this without mentioning Facebook, the 1.2 billion user ‘elephant’ (or is that the 800lb gorilla?) in the room. The social video journey has only just begun.

Gareth Capon is CEO of Grabyo, a real-time social video company. Formerly, he was director of product development at BSkyB