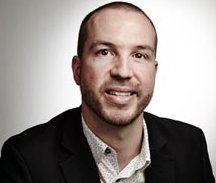 David Wilcox is to exit this summer, ITVSGE confirmed this morning. It is understood he is close to landing a role at another major international distributor.

Wilcox is currently VP, north-west EMEA at UK broadcaster ITV’s international sales arm, a role he has held since March last year, when he was promoted to oversee a new north-west EMEA team also comprising Phil Sequeria and Emily Thompson.

Prior to the promotion, he was senior sales executive for he UK, France and Scandinavia.