As the Children’s Media Conference in Sheffield, UK, kicks off today and calls for a kids live-action tax credit system grow, Camilla Deakin of independent UK producer Lupus Films explains how the animation tax credit system and other schemes have helped her firm finance series and grow its business. 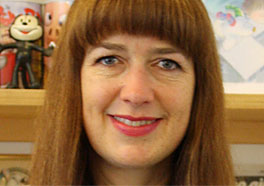 There is no doubt that the introduction of a tax credit to support the UK animation industry has been very welcome and is having a positive effect on the amount of production work taking place in this country.

At Lupus Films we have a new animated preschool series, Toot the Tiny Tugboat, which will be eligible for a tax credit. Knowing we have this aspect of the finance in place has really helped us to keep all of the production work in the UK and, importantly, has also helped us to hold on to more of our IP.

We are also planning to apply for a tax credit for the second season of our CG animated show The Hive, which we make for Disney Junior. However, despite the boost we get from the tax credit, it should be said that on its own it is still not enough to ensure that we are fully financed, particularly given the fact that UK broadcasters generally only pay licence fees of somewhere between 5% and 25% of the total budget.

If we are lucky, we might be 50% financed with two broadcasters on board and the tax credit. So we begin the long, hard road towards 100% finance, scratching our heads to think of a new way to approach it and seeking out new, untapped sources of money.

One of the other potential sources of finance for film and TV production is an Enterprise Investment Scheme (EIS), and we are currently exploring this route for The Hive.

But these schemes have been under a lot of scrutiny from the [UK tax office] HMRC of late, particularly after the recent Icebreaker scandals. These related to a £120 million (US$206 million) tax avoidance scheme in which wealthy investors claiming to be active creative industry traders attempted to claim tax relief on greater losses than they had invested. Obviously that’s not the case with Lupus Films, and we know that legitimate EIS schemes are not a quick and easy route – but then what is?

Looking on the bright side, there is another key benefit that the tax credit has brought to the animation industry, and that is the emergence of training initiatives via organisations such as Creative Skillset, who are supported by the UK’s Department for Culture, Media and Sport.

Creative Skillset have set up the Skills Investment Fund, which has been designed to channel industry and government investment to support training in film, high-end TV, animation, games and VFX.

The funds to enable the ongoing skills development in these industries are in-part funded by a production levy that employers contribute to, where for every £1 contributed by the employer, the HM Treasury Investment matches it.

The more shows that are made using the animation tax credit, the more companies will be paying into the levy, creating a virtuous circle in which the UK can really grow and develop the animation talent pool.

SIF investment has enabled Lupus Films to identify shortages in priority skills areas, such as visual storyboarding, production management and training in industry standard software and as a result we are able to provide training to advance skills and develop talent.

Besides Toot the Tiny Tugboat and The Hive season two, our slate also includes a hand-drawn feature film, Ethel and Ernest, which isbased on an award-winning book by Raymond Briggs. Through these three productions Lupus Films will be developing a holistic training initiative for both our existing team and for new talent looking to break into the animation industry.

In partnership with Cloth Cat Animation in Cardiff, the initiative aims to provide more than 30,000 hours of training across all of the individuals involved, with more than 20 people based in Cardiff and 30 people based in London benefiting from the opportunity to develop their creative and business skills.

A key element of the initiative is to increase people’s skills and confidence in using the essential animation tools where Creative Skillset has identified there is a skills gap. Therefore, Lupus Films is training animators in CelAction2D, TVPaint Animation, Storyboard Pro and Autodesk Maya 3D software packages.

Once Ethel and Ernest goes into production later in the year, we will be running the first-ever formal TVPaint Animation software training in the UK. The course participants will then have the opportunity to apply for a variety of full-time training positions on the feature.

Meanwhile, last year’s storyboard trainees found the course invaluable and most found employment in the industry soon after the completion of their training, including three who are now working on Toot the Tiny Tugboat.

Running in-house training has been beneficial to both Lupus Films and Cloth Cat Animation, who have discovered that mentors to the trainees have also begun to develop a newfound confidence in their skills through the process.

In essence, the whole experience has been hugely positive one for all concerned, and will lead to the strengthening of the UK animation industry.