LA-based producer and distributor Marvista Entertainment has launched a new unit dedicated to acquiring and selling content to digital platforms. 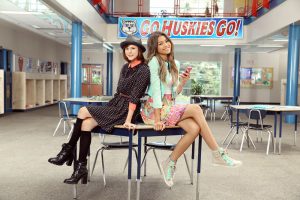 Marvista Digital Entertainment will focus on distributing content to digital services in North America and will be run by Vanessa Shapiro, Marvista’s current executive VP, distribution.

Scott Kirkpatrick will move from director of international sales will be director of distribution at the newly-created division. Reporting into him will be new recruit Rebecca Shipley who will manage the slate and work across acquisitions. She joins from Warner Bros. Digital Distribution.

“Over the past several years we have amassed a significant catalog of over 2,000 hours of top notch content, and our strategic plan for the future is to accelerate our level of investment in original and acquired content,” said Marvista CEO Fernando Szew.

“The timing is right for Marvista to capitalise on opportunities in the digital space by creating an in-house division to proactively build relationships with the established and emerging digital platforms across North America.”