Anna Bråkenhielm has stepped down from format developer Scandinavian Studios after Nordic-based Bonnier Broadcasting bought her shares in the production house. 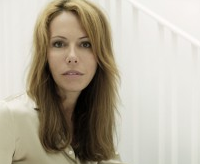 Jessica MacDowell, who has been Scandinavian Studios’ creative director since 2011, will succeed Bråkenhielm as CEO. She is credited with developing formats such as Farmalicious, Top Teacher and Animal Protectors.

“Scandinavian Studios is now entering a new phase and I look forward to creating great hit shows together with our talented employees and clients,” she said.

Bråkenhielm launched Scandinavian Studios with Bonnier in June 2011 to develop new international formats. This came a year after she exited her CEO role at Nordic prodco Silverback, which ITV Studios acquired a majority stake in back in 2008 as it began to move more strategically into international production.

In related news, Bonnier has taken full control of Nordic pay TV company C More after buying the 35% of the business it didn’t previously own.

Bonnier bought the outstanding stake from Telenor, with the change of ownership effective as of Friday.

“By taking over as sole owner, we are now creating full freedom of action for our work of identifying the best possible structure and direction for C More going forward, and for coming up with an optimal way of exploiting and developing C More’s very strong rights portfolio to best effect,” said C More chairman and head of business area broadcasting at Bonnier Casten Almqvist.