CBC slashing staff by 20%, moving to mobile under five-year plan

The CBC has unveiled a five-year strategy, which will involve a shift from TV to mobile platforms and the loss of between 1,000 and 1,500 jobs – about 20% of the Canadian public broadcaster’s workforce. 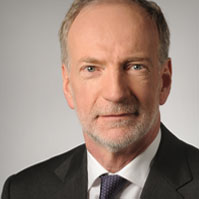 There will also be a move away from in-house production to acquired programming, CBC president and CEO Hubert T. Lacroix (pictured) said in a meeting with staff addressing the pubcaster’s ‘2020 strategy’.

The 2020 five-year plan will mean deep job cuts in addition to those already announced following the decision to cut C$130 million (US$121 million) from the 2014 budget and slash over 650 jobs.

Speaking about the 2020 plan, Lacroix said that the focus will move away from TV and radio. “We used to lead with television and radio. Web came and then mobility came. We are reversing, we are inverting the priorities that we have,” he said.

The broadcaster said the strategy, which it dubbed ‘A Space for Us All’ will transform the pubcaster ‘from the traditional to the modern, and aims to better serve Canadians through three fundamental shifts: the digital, the individual and the sustainable’.

“In the past seven years, the most painful and frustrating task for me has been to implement one round after another of reductions to respond to a changing environment and balance the budgets,” Lacroix said in a statement. “We need to find a path to sustainability. This time, these changes – and some of them will be difficult – will allow us to end up in a better place.”

Newscasts will be reduced in length and supported with the addition of online and mobile content and the pubcaster will also reduce its in-house programming output. That will provide an opportunity for international distributors, notably in the factual space, assuming the broadcaster maintains the same level of output. Lacroix said: “To be the public broadcaster, we don’t need to be always the producer.”

Friends of Canadian Broadcasting, the independent group that monitors the Canadian content sector, immediately slammed the 2020 strategy and called for Lacroix to step down. It said the 2020 plan will leave the CBC “smaller and weaker”.

“Lacroix should resign,” said the group’s spokesman Ian Morrison. “He is helping [prime minister] Stephen Harper drive CBC into the ground. Today he told CBC’s employees that the government is the shareholder. That’s false: all Canadian are shareholders.”

He added: “This plan and Lacroix’s shameful statement are a betrayal of the values of public broadcasting. This new plan will also make CBC less accessible for many Canadians.”