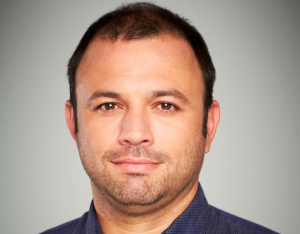 Saunders (left), who was VP and commercial director at Nick UK, will be responsible for A+E Networks’ branded channel and digital distribution across Europe, the Middle East and Africa, as well steering the firm’s overall growth strategy in this region.

By moving to A+E, he is jumping from one BSkyB joint venture to another. UK satcaster Sky operates 50-50 channel businesses with both A+E International and Viacom-owned Nickelodeon.

Both new recruits will be based in London and report to A+E Network’s managing director of EMEA, Dean Possenniskie. Saunders starts on September 1, while Wildman joins immediately.

“A+E Networks reached a number of important milestones in EMEA last year, and these appointments reflect plans for our next phase of growth,” said Possenniskie.

“One of our primary goals is to have a portfolio of three to six channels in every territory. Kiaran’s commercial background is well-suited to ensuring we achieve this throughout EMEA.”

The hires come as A+E Networks continues its European growth efforts. Last year the firm launched its first European-based wholly owned operation in Italy, launched Lifetime and H2 in the UK, A&E and CI in France, and History in Russia.