Celebrity chef Gordon Ramsay has brought his restaurant-in-trouble series Ramsay’s Kitchen Nightmares to an end after 10 years on Channel 4 in the UK. 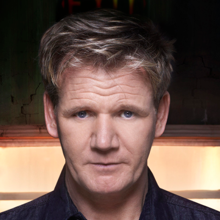 The show, which comes from All3Media’s Optomen Television and Ramsay’s One Potato Two Potato, first broadcast in 2004 and has spawned 123 episodes and a successful American remake for Fox, Kitchen Nightmares.

Announcing the news on his website, Ramsay said: “As filming comes to a close on the latest series of Kitchen Nightmares I’ve decided to stop making the show.

“I’m currently filming four new episodes, Costa Del Nightmares, for Channel 4, which will be my last. I’ve had a phenomenal 10 years making 123 episodes, 12 seasons, shot across two continents, watched by tens of millions of people and sold to over 150 countries. It’s been a blast, but it’s time to call it a day.”

Distributor Optomen International, part of All3Media, has sold the format to networks such as RTL in Germany, M6 in France, laSexta in Spain, Fox Life in Italy, and TV3 in Sweden and Denmark.

Optomen confirmed the news in a statement. “We’re currently in production on the final four Gordon Ramsay-hosted episodes of Kitchen Nightmares for Channel 4, and they look certain to be amongst the best we’ve ever made, as viewers will see when they transmit later this year.

“Gordon likes to exhort his chefs to go out on a high, and in this instance he’s chosen to do the same, though of course we’re all sad as it’s a show we’re very proud of.”

The Nightmares format sees Ramsay visit a failing restaurant with the aim of turning around its fortunes. After a few months, he returns to see if his recommendations have brought new success to the business.

Ramsay’s other formats include Hell’s Kitchen and The F Word. He was also a judge and producer on Fox’s remake of Shine International format MasterChef.

A Channel 4 spokeswoman said: “Gordon is currently filming Costa Del Nightmares, which will air on Channel 4 later this year,” but didn’t comment further.