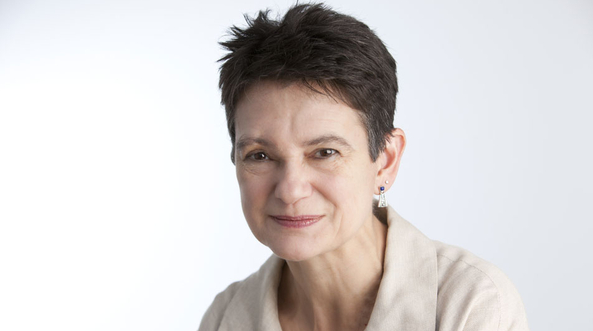 The BBC’s flagship channel, BBC One, can “sometimes feel too predictable” and “plays it too safe in parts of its peak-time schedule,” according to the acting chairman of the BBC Trust.

Delivering a lecture called ‘A 21st Century BBC’ at the London School of Economics last night, Diane Coyle admitted that the BBC faced some big challenges and detailed specific areas for improvement before the corporation’s next charter review in two years.

However, she also used the speech to call for independence from government pressure, warning that the BBC is “less independent than it used to be and than it needs to be,” and defended the role of the BBC Trust in terms of the corporation’s wider management structure.

Referring to a year-long Trust review into the BBC’s four main TV channels, the results of which are due to be published next month, Coyle said that there are “some big challenges, one of which is how to extend the range of new and innovative ideas at the heart of the peak schedule on BBC One.”

“The channel has a particular responsibility to get the best possible programmes to the widest possible range of people. At present, though, and despite its achievements, our research shows an audience concern that BBC One plays it too safe in parts of its peak-time schedule. This covers factual and entertainment programmes, not just drama. The industry experts we’ve spoken to echo that view,” said Coyle.

She also said that a recent Trust review of the BBC’s network news services showed up a “significant concern that BBC News could sometimes feel ‘distant’ from people’s everyday lives,” and should have a broader agenda and tone, making use of more regional reporters.

Four key ”immediate priorities” that were set out for the BBC were: the need to improve the quality and variety of new drama on BBC1; to keep a “firm control” over headcount and continue to reduce the numbers of senior managers; to better reflect the diversity of the UK population, including increasing the number of women on air; and to make more partnerships with other cultural and creative organisations in the UK.

Referring to the BBC’s public funding, Coyle argued that the principle of ‘top slicing’ funds from the licence fee “must not be baked into the next licence fee settlement before the process even starts,” and said that public support for the licence fee had risen in the past 10 years and was higher than support for advertising or subscription-based alternatives.

“We will also want to put forward some ideas about how to incorporate on-demand viewing to the iPlayer into any future licence fee system,” she said.