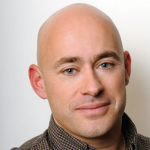 Nick Emmerson (pictured) and Claire Hungate have been promoted to lead the new group as managing director and co-managing director, respectively. As a result, Shed CEO Nick Southgate will exit the company on completion of the transaction.

Warner Bros. has acquired the remaining shares in the company it didn’t already own, and is now in control of 100% of Shed, which comprises production companies Wall to Wall, Twenty Twenty Television, Ricochet, Watershed Television, Renegade Pictures, Yalli and Headstrong Pictures.

Emmerson will oversee the overall operation of the group. He had been CEO of Shed’s Richochet Television since January 2013, and with the company for 15 years. Before Ricochet, he had been president of Shed Media US since its founding in 2009.

She was formerly with Shed’s Wall to Wall, where she had been MD, until being promoted to COO of Shed in 2010 when Warner Bros. initially bought into the UK firm.

“Nick and Claire, with their shared experience and complementary creative and strategic business skill sets, will form an undeniable team and prove to be great leaders for the future of Warner Bros. Television Productions UK. We look forward to continued success across the globe with the combination of our US, UK and international television production businesses, including the recently acquired Eyeworks Group and the BlazHoffski Group.”

They also thanked the exiting Southgate, who has been with Shed for 15 years. He had lead the business since Shed since 2008.

“I’ve had a wonderful six years leading this amazing bunch of people and now feel it is time for me to look for a new entrepreneurial challenge,” he said. “I want to thank everyone at Shed and Warner Bros., and wish them all the best for the future.”