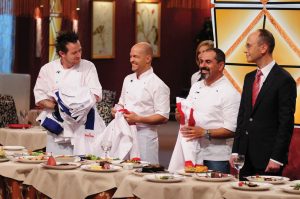 ITV Studios has struck several format deals in the Central and Eastern Europe region, including a remake of Surprise Surprise and Hell’s Kitchen.

Romanian free-to-air broadcaster Antena has commissioned a local version of cooking reality series Hell’s Kitchen, which will go out on its flagship Antena 1 channel. ITV Studios has recently shopped the format to Poland’s Polsat in another CEE deal for the show and the ten-part local version started last month.

Entertainment series Surprise Surprise is getting a Slovakian version with broadcaster TV Joj ordering the show, which will debut later this year.

ITV also said two formats had been recommissioned. RTL Klub has greenlit a third season of reality series I’m A Celebrity… Get Me Out Of Here!, which will debut this autumn. Quiz show The Chase has beenr renewed by Serbia’s RTS and Croatia’s HRT.

Jennifer Ebell, vice president, SE EMEA for ITV Studios Global Entertainment, said: “Broadcasters in Central and Eastern Europe are looking for formats across a range of genres, including reality, game show and family entertainment, but the main requirement is that they have a proven international track record.”