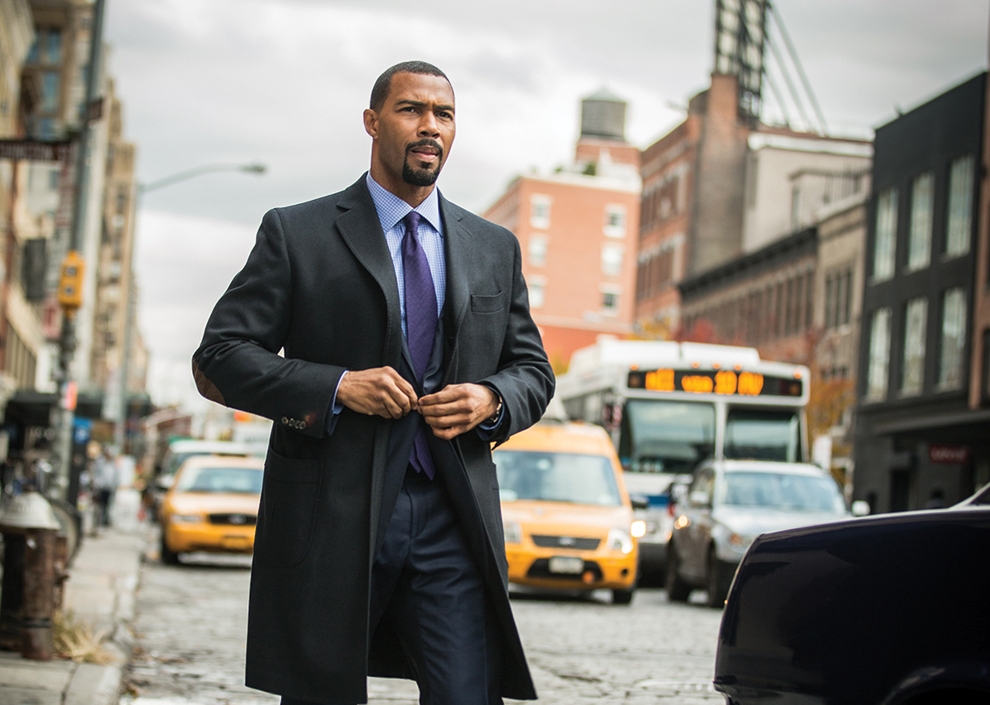 Starz is investing more in programming, reaching out to specific segments of the audience and looking at expanding internationally. Its CEO, Chris Albrecht, tells Stewart Clarke about the premium cabler and its latest drama, Power, which rapper Curtis ’50 Cent’ Jackson exec produces.

That Starz went to MIPTV in April with CEO Chris Albrecht and US star Curtis ‘50 Cent’ Jackson says a great deal about the US premium cable channel operator. It speaks to a need to have a bigger presence on the global stage, a plan to spend more on high-profile originals, and desire to reach out to segments of the audience that are badly-catered for.

Starz has recently greenlit a raft of programming that it thinks will appeal across its subscriber footprint but also speak directly to underserved segments of the viewing public. “There are groups we have identified for potential demographic opportunities,” Albrecht says. “One is gender – women – and The White Queen was the first show on Starz that had a target that was more female than male. Premium [pay TV] tends to be predominantly male, but if female-skewing programming is important outside premium, why not in premium as well?” 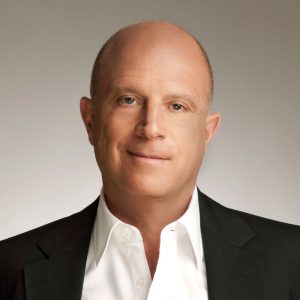 With new shows on the slate including Power, Survivor’s Remorse and Gringo, the push for shows with a wide, and simultaneously specific, demographic appeal is quickly taking shape.

Power, the urban drama about a drug dealer-club owner that rapper Jackson is executive producing, launched on Saturday, June 7 to a combined weekend total of 2.2 million viewers. With on-demand and Encore channel plays added, that figure was 2.6 million – enough for Albrecht to greenlight to a second ten-part run. Starz says the show has been sold to TV or digital platforms covering 75 territories, though only UK download-to-own agreements with Amazon Instant Video, blinkbox, Google Play, iTunes, Sony Entertainment Network, and Xbox Video have been revealed as of now.

Gringo, which is in development, will be a one-hour drama based on non-fiction book The Shadow Catcher by US immigration officer Hipolito Acosta, chronicling his work in customs enforcement and the Mexican-American immigration department. The series will be written by Aaron Helbing and Todd Helbing, both of whom worked on Starz’ big action franchise Spartacus, which was today acquired for Amazon Instant Video in Germany and was last month bought for basic cable by NBCU Cable Entertainment Group’s Syfy.

Survivor’s Remorse (trailer video below) will be a half-hour comedy from LeBron James that launches in the fall. The US NBA basketball star, who plays for Miami Heat, will exec produce the show along with Tom Werner, the ex-ABC programming exec and Casey Werner co-founder who launched series including Mork and Mindy (and is now chairman of the Boston Red Sox).

“I started in the clubs as an agent for comedians, but we had stayed away from comedy until I heard the idea for Survivor’s Remorse and thought, ‘This is what I have been waiting for, so let’s give it a shot’,” Albrecht says. “No-one has done a behind-the-scenes pro-basketball series, and this is about guys from a disadvantaged neighborhood who become wealthy.”

Addressing the move to reach out to specific demos, Albrecht says: “Hispanics are the fastest-growing segment in the US, and there’s not a lot on the mainstream US entertainment brands [for them]. There’re not a lot of channels targeted to African Americans, so we saw an opportunity there. We have done the same thing on Encore and repositioned the ’plexes towards specific demographics.” 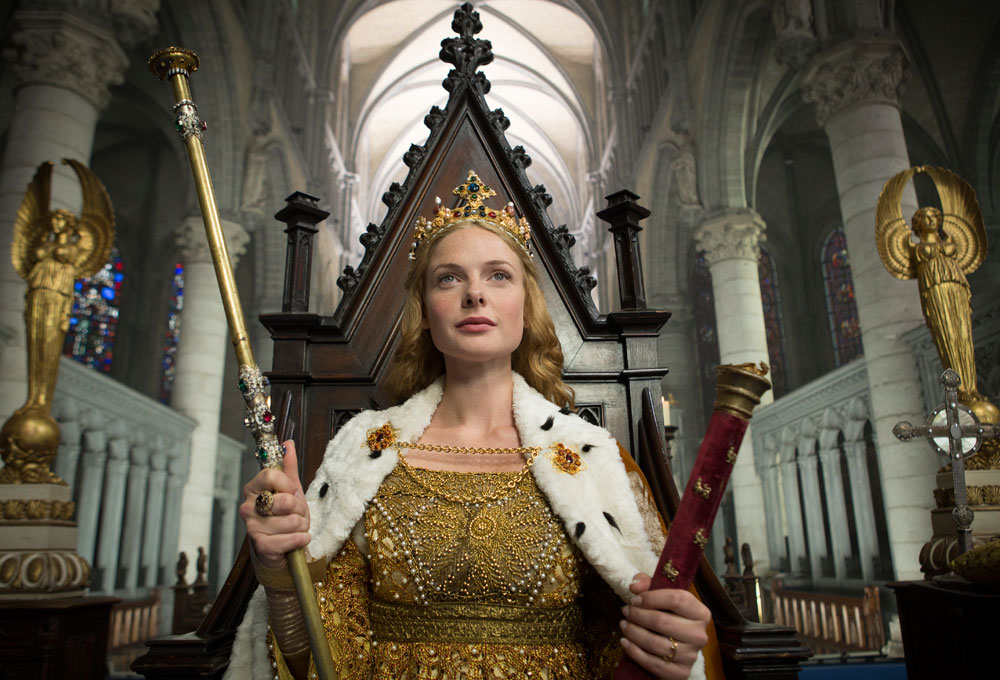 At the Encore channels, the shift involved the rebranding of Encore Drama to Encore Black, an African American-targeting channel programmed with series and movies. Encore Classic replaced Encore Love with a line-up of baby-boomer-targeting evergreen series and movies. Another change to the channel bouquet was the move of the Encore Español US Hispanic-focused channel from its premium position. Starz has said that, as part of its channel revamp, the telenovela and movie service will be made available to pay TV operators that want to add it to their Hispanic bundles.

Starz, meanwhile, still lags behind premium counterparts HBO and Showtime in the volume of originals it carries. That is changing with the raft of recent commissions, and Albrecht wants to ultimately have new shows 52 weeks a year.

“It’s only possible to promote so many [originals] at any one time, and having the right mix is more important than scale,” he says. “But we want new programming every week year round, and that’s a big step. Seventy five hours is probably in the same ballpark as HBO and Showtime, and we’ll ramp up to [that number], which is six-to-eight series. That number seems to be the target sweet-spot.”

The Starz boss is mindful that a key movie deal with Disney is coming to an end in 2016, and says he wants to hit the 70-plus hours of originals by the time that content slips off the schedule.

There is a lot in Starz’ programming pipeline. Production is underway on The Missing, a US-European coproduced drama about a man obsessed with finding his abducted son. Starz is making it with UK pubcaster the BBC and All3Media-owned prodco Company Pictures and All3Media International-backed New Pictures. In the show, James Nesbitt will play the lead, Tony, who spends years searching for his son after he is abducted on a family holiday to France.

Other shows in development include WonderWorld, a one-hour drama with movie star Owen Wilson’s production company, which follows two FBI agents as they infiltrate the mob-controlled porn industry in 1980’s America. There is also a local version of Italian mob drama Romanzo Criminale in the works, with Spartacus creator Steven S. DeKnight attached as showrunner and Lionsgate on production duty. There is even a first attempt at unscripted programming in shape of The Chair, in which budding directors Shane Dawson and Anna Martemucci will make movies based on the same script for coming-of-age movie How Soon is Now, with the winning effort decided by audience voting and interaction.

Critics level the accusation that despite its clear commitment to original programming Starz has yet to have its breakout show – its Sopranos. The point is not lost on Albrecht, formerly CEO of HBO, although he disputes the premise that The Sopranos was the channel-defining show for his previous employers. “I always thought the most important [HBO] show was Oz, because it showed what was could be done – creative people said, ‘Holy shit, we didn’t know that was possible’,” he says. 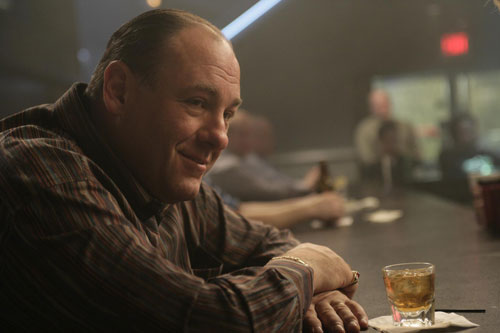 Starz is accused of not yet ‘finding its Sopranos’

Of Starz upcoming originals, Albrecht picks out Flesh and Bone as one to look out for. “It’s unlike anything on TV,” he says. “It is set in a ballet, but is not about ballet. It’s from [Breaking Bad scribe] Moira Walley-Beckett, and it’s raw and personal.”

He adds that the greenlight for the series does not mean the end of the road for another dance-related show in development, Blackpool, and that the two can co-exist. Set in the world of competitive ballroom dancing in the titular British seaside town, Starz is waiting on the first script for Blackpool, which comes from brother and sister choreographers, and Dancing with the Stars dancers, Julianne and Derek Hough.

At last count Starz had 21.9 million subscribers, an increase of almost million on the total a year before, though down from Q4 2013’s 22.2 million. Encore, meanwhile, had 34.4 million. Albrecht characterises the traditional US pay TV market as offering “sustainable but not explosive” growth, and looking beyond domestic shores is clearly part of his strategy.

With an established programme-syndication business, Starz Worldwide Distribution, but no channels internationally, the Starz boss says the company is looking at harnessing the power of new content platforms. “What we have really got to do is expand in territories outside the US,” he says. “We already sell our product, but now there is an opportunity to create platforms with a much lower cost of entry.”

Starz was spun off from Liberty Media in early 2013, and when Liberty controlled the company “[channels were] not really part of the plan and we’re a little late to the party in that sense,” Albrecht says. While the linear channel business might be tough to get into, the Starz boss does talk about “the first wave of brand extensions outside the US”.

“We don’t need to control anything on the platform side, but we have the know-how to run a programming service. We will be opportunistic: in some markets outside the US there is a lot of competition and a lot of well-funded companies. A lot of this will be a function of the partnerships available. It’s part of an evolving strategy.”

Looking at international expansion, the Starz chief says the investment in content and ambition to be a global player are entirely connected. Albrecht this year told analysts that HBO’s success outside the US has been built on selling content overseas, which led to partnerships and the chance to take ownership of distribution outlets.

“We think that’s a great strategy, and we see that it is something that we would look at as we go forward,” he said. “And the first steps of that are to increase the investment in the content that is going to make those other things possible.”

So will Starz push for more rights on its originals, or will it remain a mixed ecology? “We’re open to all models,” Albrecht says. “Wholly-owned, or if someone controls the rights, like Sony with Outlander, or if partners bring resources like BBC Worldwide with Da Vinci’s Demons, we can spread our programming dollars and widen the net for shows.”