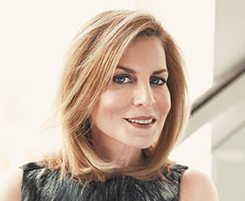 The deal marks the first such agreement for Condé Nate Entertainment (CNE). The division is better known for unscripted series such as Ovation’s reality series The Fashion Fund, though it is working with The CW on action drama The Avenger.

Conde Naste publishes magazines such as Vanity Fair, The New Yorker and Vogue.

Former CW entertainment president Dawn Ostroff leads CNE, having joined in 2011. While at The CW, she oversaw scripted series such as The Vampire Diaries, Gossip Girls and Smallville. She was also entertainment chief at The CW’s predecessor UPN.

“Pairing that with CNE’s incredible archive of rich storytelling and iconic brands as source material is a powerful combination,” she said.

“My professional and personal relationships with Dawn have spanned the past two decades,” said Twentieth Century Fox Television Chairman and CEO Dana Walden. “She’s one of the most talented executives I’ve ever worked with and is also a close friend.

“Creating a business opportunity together now that she’s at Condé Nast – a brand we’ve long admired – was a huge priority for us both. We think this partnership has incredible potential.”