Having moved into original entertainment programming, East African pay TV operator Zuku is starting to invest in its own dramas, including Kenya’s answer to The West Wing. Local execs believe the region could be set for a booming scripted trade.

East Africa’s Zuku has moved into originals as a way to differentiate itself from larger incumbent pay TV operator Multichoice. Having commissioned lifestyle shows including Tales from the Bush Larder, Zuku’s move into drama is now underway.

Particularly in the Kenyan market there is a demand for local content, but it is often produced for just US$5,000 per half hour.

At the other end of the scale is NGO-funded drama production at US$40-50,000 per hour, with notable examples including Kenyan series Makutano Junction. The Department for International Development contributed to the budget for the show, which was made by Kenyan prodco Mediae for Citizen TV. 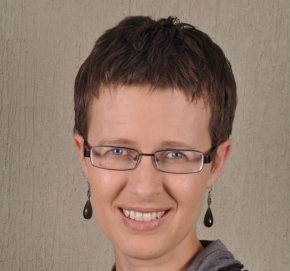 Zuku’s challenge was to bypass the low-cost, low-quality model and the NGO-backed high-cost content that has, in part, the goal of imparting social messages and would not sit well on pay TV.

“They have high production values but are not what you watch before watching Dexter,” says Hannelie Bekker, managing director of programming at Zuku parent company Wananchi (left). “There is a gap for mid-priced drama that is pure escapist entertainment.”

Music-themed drama Groove Theory and political drama State House are the first two dramas fitting that bill. State House (pictured) launched on March 3 and is billed as Kenya’s answer to The West Wing. Filmed in the Kenyan capital, the 12x30mins series is set in Nairobi’s presidential residence in 2013 and follows a young newly elected and radical president set on reforms.

The Zuku Entertainment channel coproduces with Wanuri Kahiu and Rebecca Chandler’s prodco Awali Entertainment. It is in a mix of Swahili and English.

“At last there is a Kenyan series we can be proud of,” Bekker says, adding that she hopes it becomes a returning show and gives Zuku an edge over the competition. “It’s really about having a USP. This is ours, it is not something we have licensed for two years. We’re engaged in a battle for [subscribers’] hearts and minds, and this goes straight to the heart.”

Off the back of a positive reception for State House, Zuku has relaunched Groove Theory, which was a coproduction between Zuku and Kanjii Mbugua’s Kijiji Entertainment.

There is a gap for mid-priced drama that is pure escapist entertainment – Hannelie Bekker, Wananchi Group

There is clearly an appetite among producers in the region and beyond to work in the new pay TV drama space.
Zuku had 60 proposals back after putting out a request for proposals for original scripted projects from as far afield as the UK.

The dramatic plan for Zuku, Bekker says, is to have two original dramas on its books at a time, so post-State House and Groove Theory the door is open for more African drama.

Karina Etchison, senior VP of sales for Europe, Middle East, and Africa at Telemundo Internacional, says the genesis of its expansion into Africa was a fax (this was in 2006) from Angola asking about its novelas. A trip to the now-defunct Sithengi African TV market followed and it became clear that the programming would need to be reversioned into English to sell widely.

Etchison says the similarity between the African ‘soapie’ and telenovela has helped spur the market. “Soapies and telenovelas have greater significance locally than they do in the US market, where soap operas are reduced to daytime viewing,” she says. When series stretch to over 100 episodes the cost of dubbing is high, but maintaining quality is key to sales, Etchison says. “African audiences are very keen on this issue; it is considered an insult if not done well,” she adds.

Last year Telemundo launched a channel on the DSTV-owned Multichoice pay TV platform. Telemundo Africa rolled out in English last August in 48 territories in the region, with a Portuguese version for Mozambique. Etchison says the next wave of expansion will involve reaching into new markets, formatting its novelas and using the African rollout as a template in other English- and Portuguese-speaking markets.