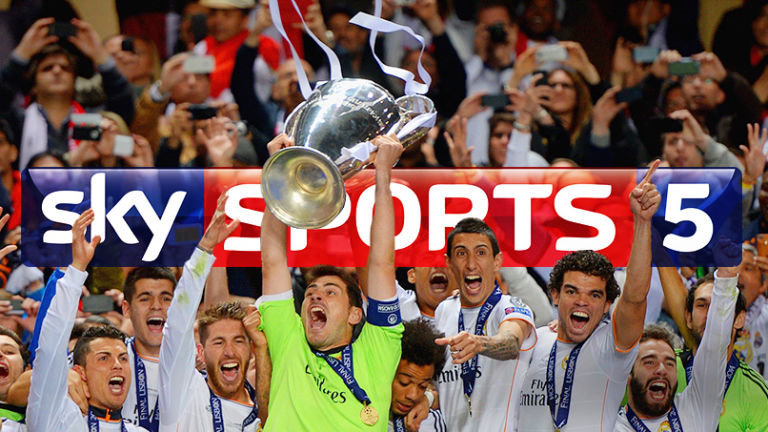 The network will also air live coverage of Holland’s top division Eredivisie – a first for Sky and the product of a new four-year deal, which was also announced today.

“Sky Sports 5 takes our unrivalled live football coverage to the next level offering more European football than ever before.  There’s never been a better time to be a Sky Sports customer and with two years’ free totally unlimited broadband, we offer the ultimate package for sports fans,” said Sky Sports managing director Barney Francis.

Sky TV customers with Sky Sports will be able to register for Sky Sports 5 from this week. As part of a promotion, Sky Sports customers will also get two years’ free Sky Broadband Unlimited worth £7.50 a month.

Sky Sports 5 goes live on August 12, ahead of the new football season.