Pay TV operators in Japan and Spain have pre-bought an eight-part documentary about rock group the Foo Fighters. 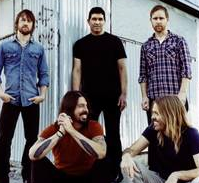 WOWOW and Canal+ have bought Sonic Highways from BBC Worldwide, which announced today it has taken global distribution rights from producer Roswell Films.

Sonic Highways was produced for HBO in the US. The premium pay channel will debut the series, in which the band go on an eight-city studio tour while recording their eighth album.

Each episode will be available for broadcast in the rest of the world immediately after US TX. The first ep will go out on the eve of the Foo Fighters’s twentieth anniversary.

Roswell Films, which is a division of the Foo Fighters’s record label Roswell Records, produces the doc along with Therapy Content and in association with Worldwide Pants. Grohl, James A. Rota and John Ramsay executive produce.

“From the origins of blues and jazz, to the birth of hip hop and punk and the cultural revolutions that fuelled them all, I’ve pulled up the family tree of American music and exposed its roots to find inspiration for the next Foo Fighters album,” said Grohl.

“A chronicling of a journey to unravel the fabric of our musical identity, this is not only the making of our most ambitious album…..this is Sound City on steroids.”