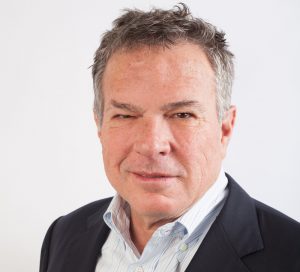 The US division of ITV Studios has teamed with Marty Adelstein (pictured) to launch Tomorrow ITV Studios, a new production unit that will develop and package drama projects with a view to securing straight-to-series orders from broadcasters.

The LA-based studio will focus on one-hour dramas as well as comedies and will be supported by the wider ITV Studios US Group, which is run by Paul Buccieri. ITV Studios Global Entertainment will distribute the shows developed by Tomorrow ITV Studios.

Adelstein is one of the founders of the Endeavor Talent Agency (now part of WME) and has recently exited an overall deal with 20th Century Fox. Becky Clements will be part of the new operation as president. She has worked with Adelstein for the last four years.

The new studio will make Aquarius, the new NBC David Duchovny period police drama. Adelstein said: “With Aquarius they have shown themselves to be a hungry and serious player in this arena. I find this and the fact that we will be working globally very attractive and exciting.”

“I’m thrilled that we’ll be partnering with Marty and his great team, including Becky Clements, to create innovative and exciting drama and comedy series,” said Buccieri. “Marty is a truly talented individual who has an impressive track-record and a wealth of experience.”

ITV Studios has been aggressively acquiring production companies in the non-fiction space in the US and has said it wants to further build its profile in the drama space.