US content companies My Tupelo Entertainment and Alfred Haber Television are joining forces for The Vampire Adventures, a new series about real-life vampires. 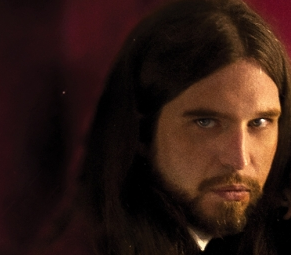 he partnership will see Alfred Haber sell the show internationally and bring on additional coproduction partners.

It will be fronted by Master Fangsmith Father Sebastiaan (pictured), founder of the Sabretooth Clan, the world’s largest vampire community. He will travel to destinations steeped in vampire mythology through the series.

No broadcaster is yet attached.

Michael Yudin, president of My Tupelo Entertainment said: “We felt that, because the stories told in The Vampire Adventures are drawn from around the world and across cultures, it made sense to take the series out to the international market at the same time as the US market.”

Alfred Haber added: “Vampire stories date back to early times and can be found in many different cultures, and we are honoured to be working with My Tupelo Entertainment in this unique co-development and distribution partnership to represent this brilliantly distinctive show to the international marketplace.”