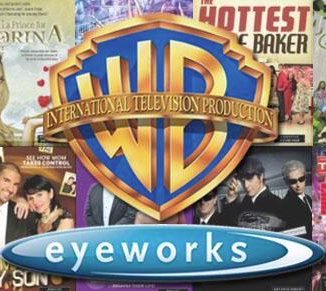 The US studio has obtained the necessary regulatory approvals and now owns the Eyeworks international business. That business spans 15 international territories, excluding the US, which was not part of the deal.

Warner Bros. said the acquisition was a landmark for its TV division, which is helmed by executive VP Ronald Goes.

He said: “This is an exciting day for Warner Bros. International Television Production, as we grow our on-the-ground production operations by 13 territories. We’ve long admired the way that Eyeworks has been built into a global player in TV production, and we’re proud that today it becomes part of the Warner Bros. family.”

The Eyeworks deal is the biggest TV acquisition completed by Warner Bros., eclipsing deals for UK-based Shed Media in 2010 and Netherlands-based BlazHoffski a year later.

Warner Bros. had long been linked to a move for Endemol before news that the Studio was interested in Eyeworks broke in January.

In April, Eyeworks has posted strong full-year financial results, with revenue up 9% year-on-year to €274 million (US$377.9 million). The deal is understood to be worth about €200 million.

Eyeworks founder Reinout Oerlemans is exiting the company as a result and had planned to run the Eyeworks USA from LA, although suffered a heart attack in March from which he is recovering.

Eyeworks was created in 2001 and owns formats including Celebrity Splash and Beat the Blondes.