Top Gear motors in to China

The programme, which BBCWW claims is the most-watched factual format in the world, will be localised for Chinese audiences and aired on major satellite network Shanghai Dragon TV and on-demand platform iqiyi.com.

Top Gear China will include popular segments such as ‘Star in a Reasonably Priced Car’ and a Chinese version of the Stig, the format’s enigmatic car tester. It will film in locations such as Inner Mongolia, Xinjiang, Chongqing, Guizhou, Shanghai, Beijing, and Wuxi.

“The Top Gear brand already has a strong presence in China,” said Pierre Cheung, VP and general manager, BBC Worldwide, Greater China. “We are delighted that Chinese viewers will be able to see its own local version with a unique spin to this much loved format.” 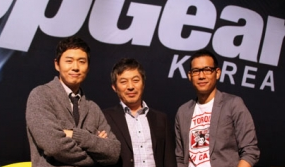 Under terms of the agreement, Honyee will represent the Top Gear brand in China across advertising investment, branding, television and online sales.

“The UK version is a huge hit around the world and we are confident that Top Gear China will be just as successful and popular here,” said Richard Zhang, general manager of Honyee Media.