The value of investing in live-action programming is becoming abundantly clear to broadcasters around the globe, reports Claire Mitchell of Eurodata TV Worldwide.

While animation still makes up the bulk of children’s programming in terms of volume in most countries, live-action is becoming increasingly popular.

Across the European countries of France, Germany, Italy, Spain and the UK, live-action series accounted for 12% of the titles appearing in the top-20 children’s programmes by country, over the second half of 2013.

While children have always appreciated the genre, it has traditionally been the preserve mainly of the US and northern European countries, where the public service broadcasters produce local live-action series. 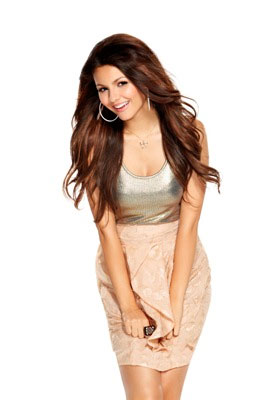 The increasing availability of both free-to-air digital and pay TV cabsat children’s channels in recent years has widened the offer, allowing children in other countries, where animation has previously dominated, to appreciate live-action. Although often viewed as a genre that mainly appeals to tween girls, this kind of format has a broad appeal (see graph).

The age of the viewers of live-action is, of course, partly determined by the skew of the channel. TVE Clan in Spain has a generally younger audience than Disney Channel in the US, for example. Beyond this, however, they can draw in viewers of all ages. It is interesting to note that in Spain iCarly gathered a child audience that was 56% boys aged 4-12 on Boing, while Victorious (left) brought in a similar proportion of boys aged 4-14 (55%) for Gulli in France.

So what series are kids watching? It very much depends on where they are. Although children in some countries mainly enjoy local fare, imported series also generally perform well. Indeed, children seem to have little objection to dubbing and enjoy the glossy, aspirational look created by the major US production houses.

In the Netherlands, the long-running children’s series Spangas on Ned 3 was the top performing kids’ programme through the month of February, with 181,000 children aged 6-12 tuning in, to give the broadcaster a 42% market share. In the UK, meanwhile, CBeebies demonstrated the strong potential for live-action among the youngest viewers with the success of the preschool drama series Topsy and Tim. It ranked as the best-performing children’s programme over the second half of 2013, based on average ratings on both children aged 4-15 and 4-6. Both of these markets have a strong tradition of local live-action programming, although their live-action formats only occasionally travel internationally. 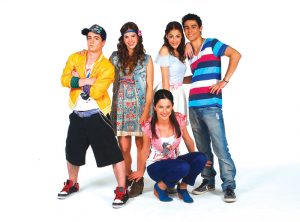 Meanwhile, in the US Disney and Nickelodeon continue to renew their live-action series, which are enthusiastically received both at home and abroad. Summer last year saw the launch of Liv & Maddie for Disney Channel and Sam & Cat from Nickelodeon. The Mouse House production went straight to top place, ranking as the top children’s broadcast in July 2013, with the top episode gathering 3.2 million children aged 2-11.

Sam & Cat, meanwhile, a crossover featuring the characters from iCarly and Victorious, gathered an audience of more than 1.8 million children aged 2-11 for its best-performing episode in the month.

These series are now looking to follow in the footsteps of their predecessors and carve out successful international careers. Over the second half of 2013 the titles Victorious (on Gulli in France), Jessie, Good Luck Charlie (both on Super RTL in Germany) and iCarly (on Clan in Spain) all appeared among the top-twenty performing children’s titles in their respective countries.

The US is not unique in having international appeal, however. Youth telenovelas from Latin America have long been popular in Italy and Spain, and over the last year or so Violetta has marked itself out as a huge international hit. It ranked, once again, among the top-20 children’s programmes over the second half of 2013 in both Italy on Rai Gulp and in Spain on Disney Channel.

2013 was also the year Violetta-fever spread to France, where the Disney Channel launched it cautiously in 2012, unsure of whether the Spanish-language telenovela would take off. By the time the second series came on air, it was one of the channel’s top performers, with its star, Martina Stoessel, performing several sell-out concerts in Paris.

Violetta (pictured) is also a good example of the importance of the second-screen, and of fan communities, in youth live-action. Stoessel has 884,000 followers on Twitter as of mid-March 2014, while a voting system on the French Disney Channel website encouraging fans to pick between her two admirers has received more than 2.2 million votes. In Spain, fans were encouraged to send in webcam auditions to the singing competition Violetta: Tu Sueño, Tu Música. This translated back into strong TV ratings as the broadcast of these auditions and the final sing-off gathered, on average, 122,900 viewers aged 4-12 for Disney Channel, a 12.4% market share.