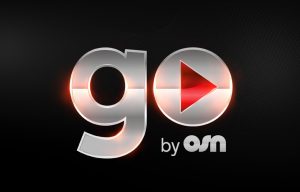 Go by OSN will cost the pay TV operator’s subs US$10 a month and allow them to tune into content carried on the OSN channels. The pay platform has programming deals with all of the US studios as well as other international partners including HBO and DreamWorks. It also has a wide range of content produced within the Middle East and North Africa region.

OSN said the GO content line-up will include features from studios including Disney, DreamWorks Animation, Paramount and Sony. There will also be full ‘box sets’ of series including Revenge, Justified and Cougar Town available in English, dubbed, or subtitled in Arabic.

The Go service works across PCs, Apple and Android devices and OSN said it will soon roll out on connected TVs and gaming platforms. It allows ‘dual-device screening’ whereby two different shows can be streamed at the same time on different devices. OSN is offering a free seven-day trial.

OSN CEO David Butorac (pictured, standing left) said: “With internet users across the region expected to reach over 400 million by 2015 and over 200 million people in the region currently below the age of 25, the potential for online TV streaming is tremendous. With ‘Go’, we are creating a new entertainment choice for those who traditionally have been depending on online video channels for content that is often illegitimate or low quality.”

Emad Morcos (pictured, standing right), senior VP, business development and digital at OSN added: “There is no other service in the market that has multiple Hollywood studio deals which enables ‘Go’ to play host to the most critically-acclaimed and diversified Western and Arabic content.”