Viacom has added a pair of executives to its southern Europe team, one from Discovery Communications and the other from Fox International Channels.

Andrea Castellari (left) has been appointed senior VP and general manager, VIMN Italy, Middle East and Turkey. He was previously a senior programming executive at Discovery in Italy.

Based in Milan, he will now oversee all linear and digital operations for VIMN brands, which include Nickelodeon and MTV. The role includes responsibility for commercial partnerships, consumer products and other ancillary businesses.

At Fox, he was VP, business planning and development for Europe and Africa. At VIMN South, he will be responsible for expanding the presence of VIMN brands as well as overseeing digital, research and affiliate department. 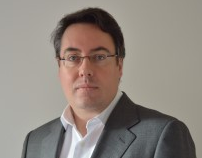 He will report into Castellari andLaurent Taieb, who is VP, consumer products, south Europe, Africa and Middle East.

In related news, VIMN has boosted its original content and branded management team with the hire of Joanna Wells as senior editorial director, digital media. She joins from fashion website Pop Sugar / ShopStyle Europe, where she was European head of business development and marketing.