US media giant Time Warner is reportedly seeking to follow the likes of Disney, RTL and ProSiebenSat.1 into the YouTube multi-channel operator business. 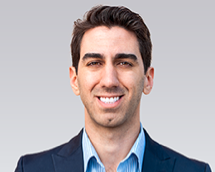 Bloomberg has reported Time Warner is seeking to buy leading MCN Fullscreen, which Relativity Media and Yahoo are also said to be interested in.

The companies have held talks over a deal, according to unnamed sources referred to in the article.

Bloomberg said Fullscreen founder and CEO George Strompolos (pictured) was looking for a similar price to that which Disney could end up paying for rival MCN Maker Studios. Disney has agreed to pay an initial US$500 million and another US$450 million dependent on performance.

As of April, Fullscreen claimed to have a cumulative 380 million YouTube subscribers and gets more than three billion views a month. It generated between US$50 million and US$70 million in revenue last year.

There has been a flurry of M&A activity around MCNs in recent months, with Disney agreeing to buy Maker Studios, and ProSiebenSat.1, DreamWorks Animation and FremantleMedia all investing in the space.

Strompolos was a co-creator of the YouTube Partner Program initiative in 2007. He launched Fullscreen in 2011.