Liberty Media is to spin-off its cable assets into a separate publicly-traded business. 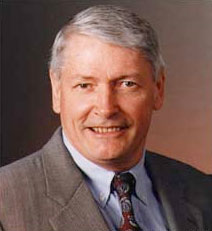 The company has announced the creation of Liberty Broadband. This will house Liberty’s 26.4% stake in US cable company Charter Communications, a minority shareholding in Time Warner Cable and mobile unit True Position Technologies.

This comes as part of a complex plan to acquire and swap 3.9 million cable subscribers from TWC, which NBCUniversal owner Comcast Communication was forced to dispense with as a term of its US$45.2 billion takeover of TWC. That deal still requires regulatory approval.

“We believe a separate Liberty Broadband will offer investors greater choice and transparency, and is well timed with Charter’s agreements with Comcast which will result in Charter owning or serving over eight million video customers,” said Greg Maffei, Liberty Media’s president and CEO.

“We anticipate completing the distribution of the Series C shares in the third quarter and the spin-off by the end of the year.”

It emerged last week John Malone’s other major cable business, Liberty Global, is buying UK-based production powerhouse All3Media along with Discovery Communications, and will launch a 50-50 joint venture company to house that stake.