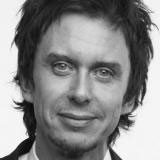 Matt King, one of the stars of British comedy series Peep Show, has been recruited by Australian indie producer CordelljigsawZapruder as a development executive.

King, well-known to viewers in the UK and Australia for playing Super Hans in hit comedy Peep Show, has relocated from London to Australia.

CJZ is one of Australia’s buzziest indie producers and makes shows including award-winning immigration-focussed series Go Back to Where You Came From. At the company King will work with the internal production and development team and with external creative partners.

“I’m passionate about creating original ideas and have been very fortunate to have written, produced and performed in several successful TV and film projects over the past 15 years,” King said. “I look forward to developing new projects for both the local and international markets at a time when I feel Australian television is entering an exciting new era.”

Company managing director & cofounder Nick Murray, worked with King in the 90’s when he was working and living in Australia as a comedy writer for various TV productions.

He said: “It’s great to be working with Matt again. His skills on both sides of the camera will bring a unique perspective to our creative team and he will play a key role in our development and production projects. There are exciting times ahead in local production and real opportunities in Australian UK coproductions.”