Diana Buddingh: Freshen up your formats 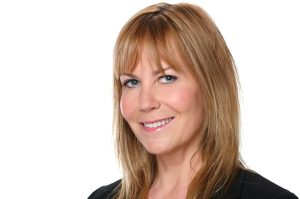 FremantleMedia is the home to some of the best-loved brands and formats in the world: from Family Feud to Farmer Wants a Wife, through The X Factor, Idols and Got Talent.

Many of these globally renowned titles have been on air for a decade or more, and often sit at the heart of the networks’ schedules, drawing in millions of viewers each week.

Like all things, however, familiarity can sometimes breed contempt, so it’s my job – and that of my team – to look at our shows on a daily basis to see how we can keep them fresh, relevant and exciting for audiences of all generations so that they keep on watching our shows. After all, variety is the spice of life!

The challenge of keeping classic brands fresh isn’t rocket science, but it’s surprising how easy it is to get it wrong.

Think in the first instance about why you’re doing it. If you’re changing for changing’s sake, then you’ve got it wrong. Any refresh has to have a purpose.

It may be that you want to attract a new generation of viewers, particularly if it’s a franchise – like The Price is Right or Family Feud – that has been on air for decades.

It may also be that you want to add an extra element of excitement that ups the jeopardy of a situation, which is why we introduced the Six Chair Challenge at the Boot Camp stage of The X Factor UK; or it could be that you want to find new ways for the audience to engage with the show such as we did recently by adding Google and Facebook voting for American Idol.

Another tip is to ensure you’re familiar with your content: keep on top of each format, in each market, and look at it on a regular – if not daily – basis and use the expertise of your local production teams.

FremantleMedia benefits from having a team of flying producers, who – as their name suggests – fly around the world to advise on each of our productions, guaranteeing the production values and the integrity of our brands.

They provide the local production teams with insights and learnings from successful refreshes across the world, and – just as importantly – advise local crews on ideas that didn’t work, so that they can avoid making the same mistake twice.

Avoid taking a one-size-fits-all approach to a format refresh. FremantleMedia prides itself on having a string of global hits that appeal to local audiences, and its success is based on acting global but thinking local. Our hit shows work because local audiences relate to the production. Just because a change works in one market doesn’t necessarily mean that it will work in every other territory.

Take cultural differences into consideration and bear in mind that not every country has the GDP of the US or the UK.

To that end, suggested changes also need to be scalable, allowing the more developed nations to big up a change, or a smaller nation to scale it down; and make sure that ideas from a smaller market have an equal share of voice to those of the bigger ones – great ideas aren’t based on your geography.

Finally, never forget that we make shows for viewers, and it’s their voice we need to hear at the end of the day. Companies with the function should listen to their audience research team, and use the insights they offer on audience feedback.

These teams are invaluable for any production team looking at changing up a show. But as valued as they are, there really is no substitute for listening to the audience directly.

Travel, go see your shows being made, sit in an audience where possible and listen to the commentary afterwards. Get viewers to tell you what they love about the show or what’s not working for them.

As for how often you need to refresh a show and at what point in the show’s cycle, there is simply no set answer; you do it as and when it is needed.

The more you are familiar with a show in a market, the more on top of it you’ll be. And my final piece of advice: don’t change the format so dramatically that it looks nothing like the show that viewers fell in love with in the first place.

Tags: Family Feud to Farmer Wants a Wife, FremantleMedia, Got Talent, Idols, The X Factor, through The X Factor